Where to find and beat Darth Vader in Fortnite Chapter 3, season 3 - Dot Esports
Skip to content 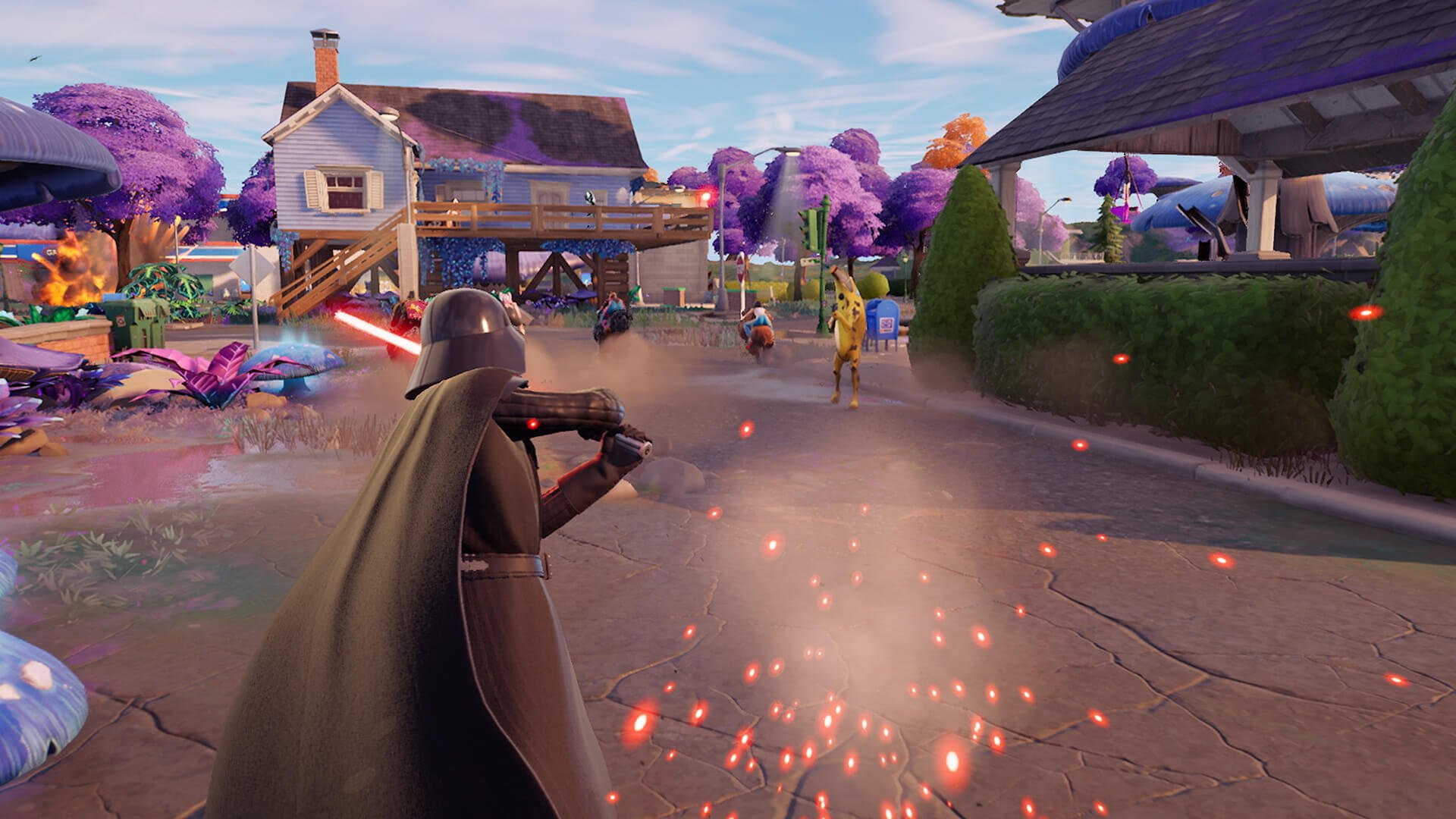 With the newest season of Fortnite came yet another crossover and one of the greatest villains of all time has appeared in the battle royale: Darth Vader. Coming on the heels of the Obi-Wan Kenobi collaboration, Darth Vader is available in Chapter Three, season three as an outfit that players can unlock and equip on their characters.

Darth Vader’s encampments are also valuable for holding chests with the E-11 Blaster inside them. The mythic weapon holds infinite ammo, so players that want to chip away at Vader’s considerable health (or eliminate any opponents trying to take him down before them) will want to grab this handy tool from one of the stormtrooper tents.

Most players will probably want to first figure out where Darth Vader is and then move on to try to beat him.

Where to find and beat Darth Vader in Fortnite Chapter Three, season three

Darth Vader can spawn at many different places on the map. Fortunately, the game gives you a good idea of where he’ll end up every game before the match even starts. As players begin to float across the map in the Battle Bus, they’ll notice an extra ship that flies beside the bus before touching down somewhere on the map. That’s Darth Vader.

To make it extra clear exactly where Vader and his stormtroopers are going, their landing site is also marked with a blue beacon that’s very clear to see. This location will change every game, but it will always be indicated by the ship landing and the blue beacon appearing. It’s also important to note that Darth Vader does not appear in competitive modes, so don’t bother looking for him or his ship if you’re in a competitive playlist.

Once you’ve reached Darth Vader’s camps, you’ll have to defeat him, most likely by shooting him. This is where the E-11 Blaster comes in handy, if you can find it in one of the chests scattered around his camp. There will be multiple Blasters available and most likely several players landing at the camps to try to beat Darth Vader for themselves, so grabbing a Blaster quickly and thinning out the competition is probably the best way to go about beating Darth Vader.

Darth Vader can only be damaged when he’s attacking you or other players. He’ll just deflect your bullets with his lightsaber while he’s walking toward you, so time your attacks well and look out for his array of powers, which includes using the Force to throw objects at you. Once Darth Vader is finished off, he’ll drop his lightsaber, which you can then use.

You feel that? That’s the power of the dark side.