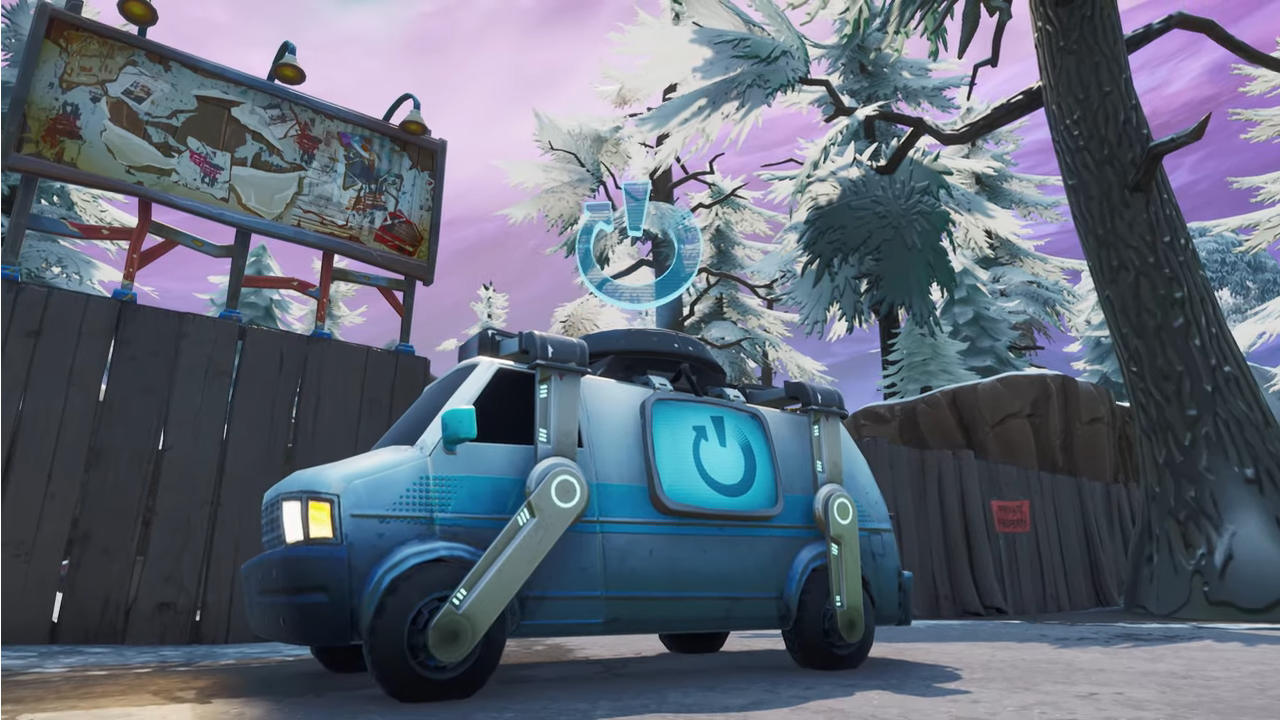 Star Fortnite player Turner “Tfue” Tenney has found a clever and borderline impossible way of resurrecting a downed ally in a match.

He was playing Arena with his duo Dennis “cloak” Lepore last night, but cloak was eliminated. Tfue grabbed his Reboot Card and headed to a Reboot Van to bring cloak back to life. Once he approached the van, he built a wooden pyramid on the floor next to it and hid inside the structure.

Related: Cloak is trying to “figure out what to do” with his contract with FaZe Clan

Tfue moved his aim a bit to the top of the pyramid and managed to activate the reboot van from inside the structure, even with it theoretically being a physical barrier that could make him unable to interact with the van.

“Hello? Yes, Epic,” cloak said jokingly. “I’d like to report an exploit.” Tfue answered with a high-pitched and funny voice that it’s “not an exploit. [It’s] a clever use of game mechanics.”

Even though the two were joking about it, Tfue being able to interact with the van through a structure makes us question whether this is an exploit or really a clever use of game mechanics, as he said.

The standard defensive strategy to reboot an ally from a van is to surround yourself with walls and activate it. Doing so will protect you against enemy shots and won’t create any barrier between you and the van. In other situations when players have a barrier between themselves and an interactable object, like loot right under a floor they’re on, players must destroy or edit the floor to interact with and grab the items. Taking that into account, this should happen with the Reboot Van as well.

Fortnite also has questionable interactions that sound like exploits but are allowed, however. For instance, there’s the Rift-to-Go interaction with floor loot. If a player has a full inventory with a Rift-to-Go and is close to another item on the ground, they can activate the Rift and, in the short delay between the item’s activation and the rifting effect, their character can grab the item off the floor despite having a full inventory. The floor item will replace the Rift once the character is sent flying

It’s unclear at this time if what Tfue did is allowed. If it’s not, Epic will probably patch that soon because of this weekend’s Fortnite World Cup Duos qualifiers, when Reboot Vans can be game-changing.