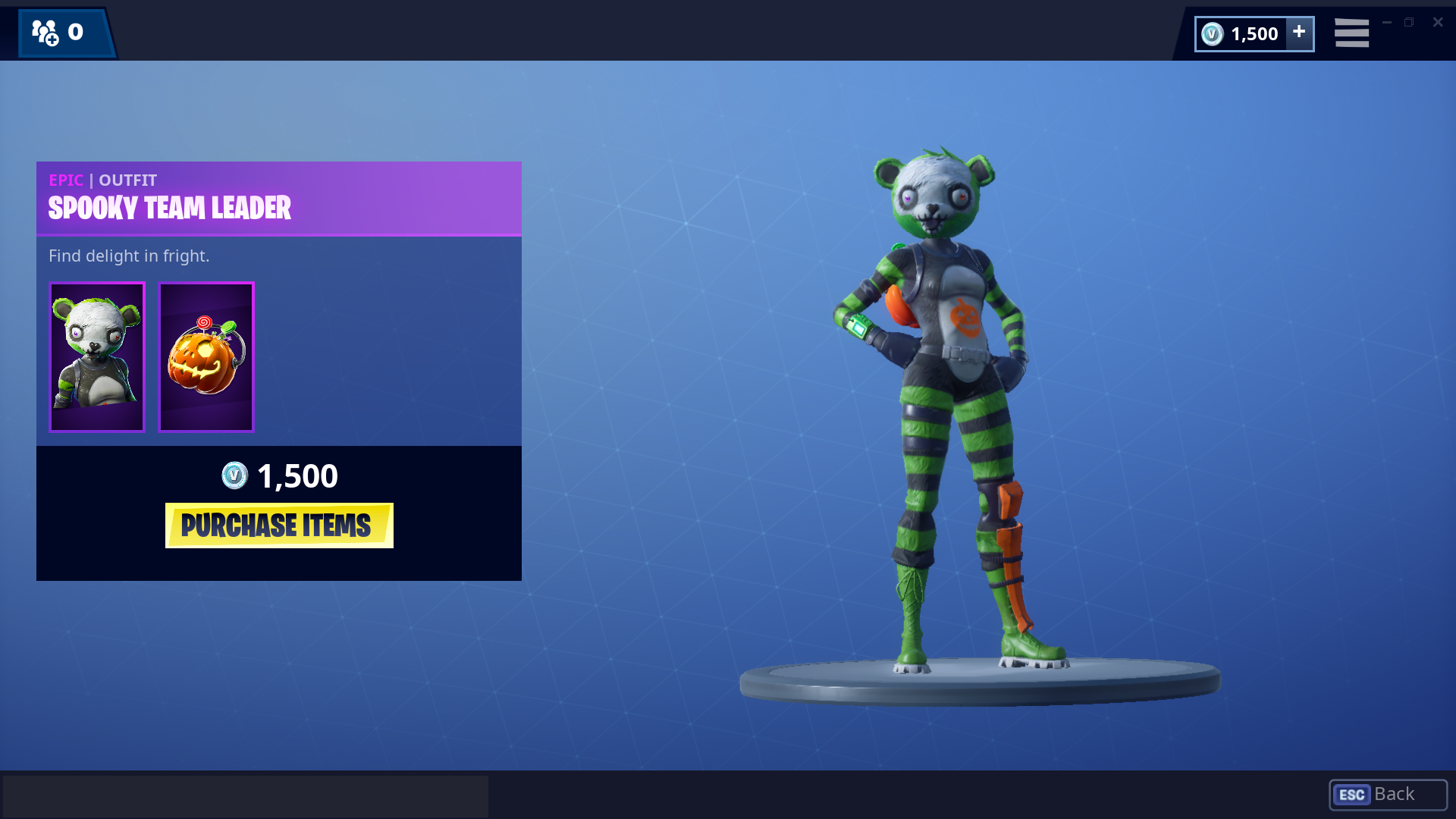 This outfit is the Halloween version of the Cuddle Team Leader. Instead of the pink hair on the body and white hair on the belly, it has tones of black and green all over its body and a very spooky look. Her mouth is stitched, and what was once a broken heart symbol on her belly is now a scary pumpkin.

The company behind Fortnite, Epic Games, brought other versions of old skins back to the game for Halloween. The Skull Trooper was the most successful comeback this Halloween. It not only came back after months away of the in-game store, but it also brought its female version, a pickaxe, and a black bling.

Players who like the design of the Spooky Team Leader can grab the Cuddle version in real life. There are Cuddle Team Leader figures available for purchase right now by the toy companies Funko! and McFarlane Toys.

The Spooky Team Leader outfit is available now at the in-game store with the Goodie Gourd back bling for 1,500 V-Bucks.