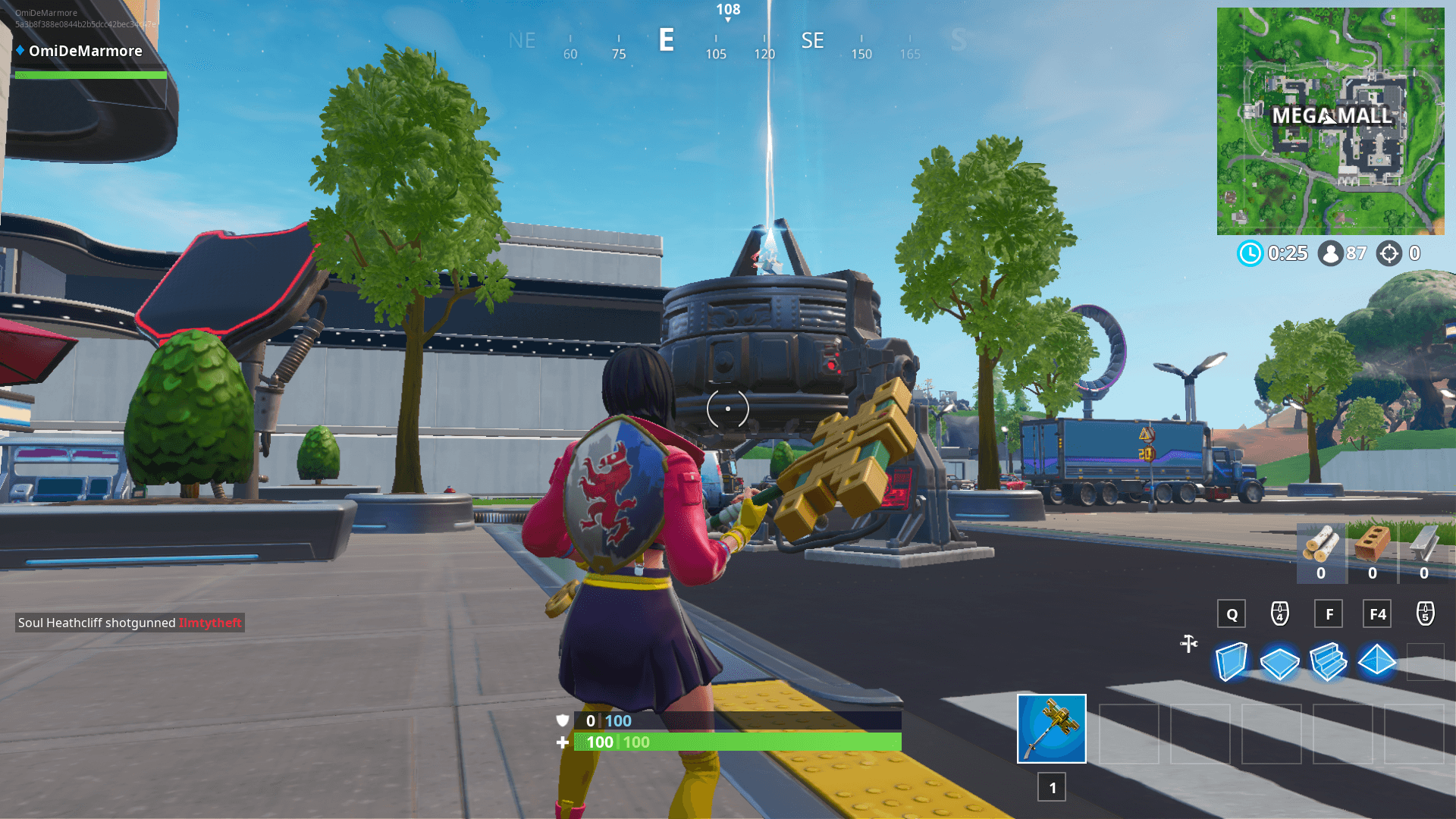 A new rift beacon is active in Fortnite: Battle Royale’s Mega Mall, which means that the area will likely change soon.

The beacon started sending a beam into the sky this morning and it’s causing a rift to form above Mega Mall. The rift is small, but it should grow bigger as long as the beacon is active. No changes have happened in the area at time of writing.

Both the beacon and the rift are similar to the ones players found at Neo Tilted last week. They both appeared one day before the game update that made the location become an old-west town called Tilted Town, which players had never seen before. If an active beacon and a rift mean that an area is about to change, Fortnite players might see a revamped Mega Mall after the next game update.

Mega Mall is located where Retail Row used to be before season nine. Retail was destroyed by the eruption of the volcano north of it where Pressure Plant is today. If the area is coming back like it used to be, just like Dusty Depot, players will see several stores next to each other instead of a huge mall, while the houses west of the area should remain somewhat the same.

If a new location is coming instead, players have yet to see what it’ll be or if it’ll bring a twist to gameplay. In Tilted Town, for instance, building structures is forbidden and all players can do is shoot each other. But in Dusty Depot, there are no alternative rules.

Any changes coming to Mega Mall might be added to the game once this week’s v10.10 update goes live. The update should be released between Aug. 13 and 15.