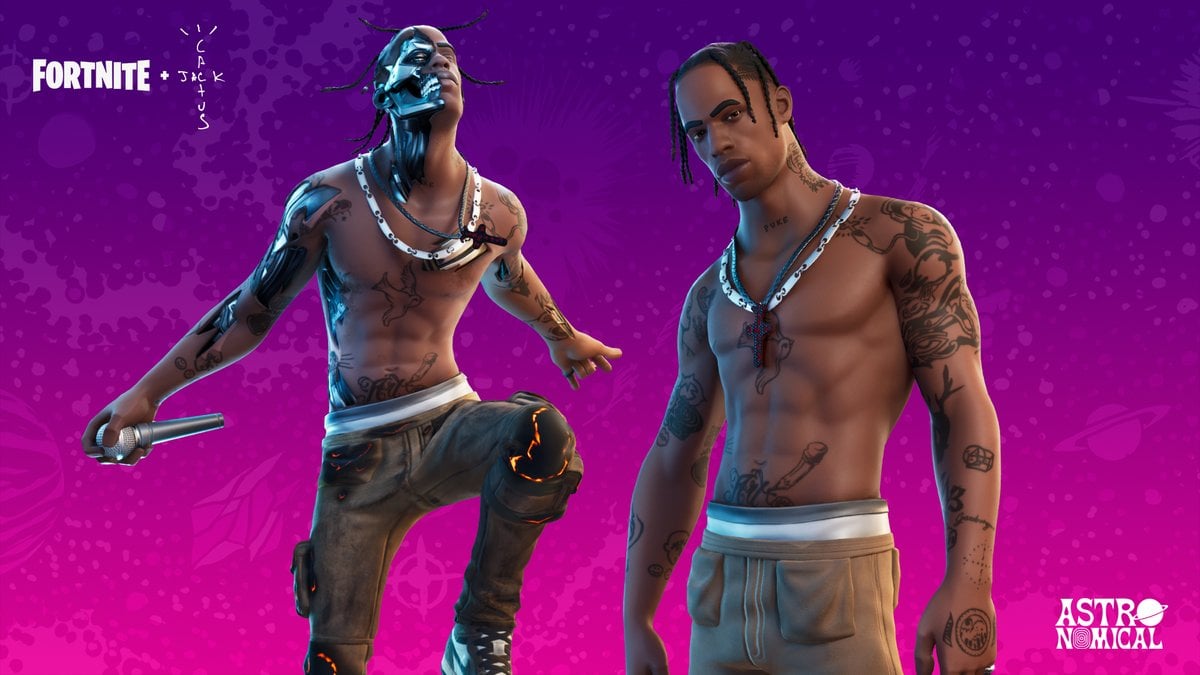 This number is even more impressive when you consider that it doesn’t include the total number of viewers who watched the concert on various streaming platforms, such as Twitch, Mixer, and YouTube Gaming.

Related: Here are the leaked Travis Scott skins and Astronomical challenges for Fortnite’s next patch

The first live concert held in Fortnite was Marshmellow’s in February 2019. Over 10 million players watched the show, which topped the previous record of over eight million players for the mysterious purple cube.

Epic didn’t just replicate the concert idea with a different artist, though. Instead, it brought a new style and improvements to the performance that made this event unique.

The Travis Scott concert was located at Sweaty Sands. It wasn’t a classic concert. It was a graphic performance with a giant hologram of the artist and effects that changed the whole map, including a sequence underwater. It lasted around 15 minutes and new songs were performed for the first time in front of Fortnite players.

Travis Scott also released a clip based on his live performance in Fortnite yesterday. The video is already on the verge of reaching 1.8 million views.

On April 21, an update was introduced to the game that brought many bug fixes ahead of the Travis Scott concerts. The Astronomical event was launched yesterday alongside the first concert, with exclusive rewards for attending the event and new challenges.

Yesterday’s concert was only the first of the mini-tour for Travis Scott over the different regional servers of Fortnite.

The next concerts will be hosted successively by the European server today at 9am CT, in Asia and Oceania, and Europe again tomorrow. The tour will end with a final show on the North American server on April 25 at 5pm CT for those who missed it yesterday.