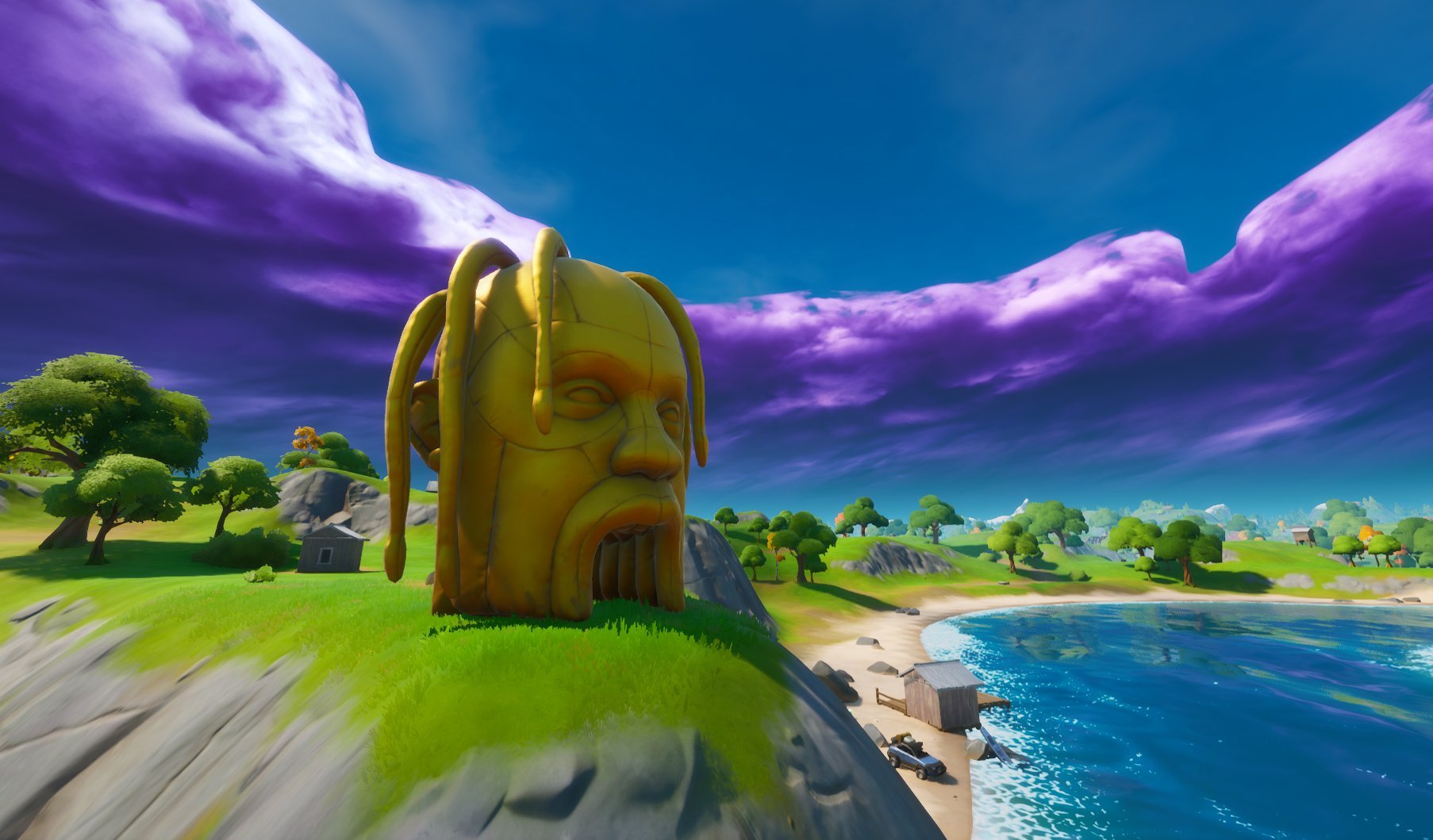 The next Fortnite patch features a live concert with American rapper, singer, and songwriter Travis Scott.

Last year, players were given a taste of their first real-time in-game concert from DJ Marshmello. But this year, Epic Games is taking its concept to the next level. The two-day event will include skins and cosmetics, as well as new Astronomic challenges.

If you complete all of the challenges, you’ll get your own Travis Scott inspired skin, a new loading screen, a spray, and an emote. But if you simply attend the event and watch the concert live, you’ll receive a Cyclone Glider and two loading screens.

Luckily, almost everything the event has to offer has been leaked, including all of the challenges, and of course, the skins.

Astro heads are large golden statutes of Travis’ head, inspired by the cover of the rapper’s hit album Astroworld. They’re scattered across Fortnite and are easy enough to spot.

Here are the rewards you’ll receive for attending the Travis Scott event, according to data miner FortTory.

The Travis Scott skin available through the event eventually transforms into an astronaut-themed version of the rapper. There will also reportedly be an Astroworld backbling—a theme park planet.

Stay tuned for the once-in-a-lifetime event. You won’t want to miss it.