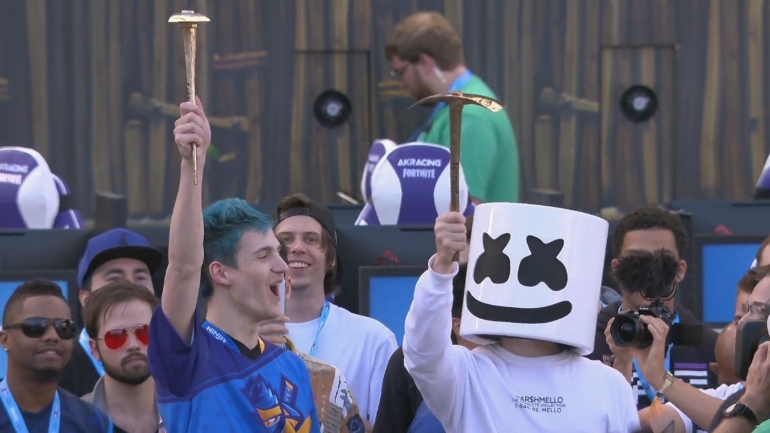 In the 2019 edition of the list, Ninja and Ali-A reside in the games category, alongside many of the gaming industry’s most prominent figures. They’re the only Fornite streamers included in this year’s 30 Under 30 list, leaving out many other big names such as Turner “Tfue” Tenney, Jack “CouRage” Dunlop, and Ali “Myth” Kabbani.

Related: Here’s why Ninja is receiving hate for falsely accusing someone of stream sniping

“Ninja is the most followed gamer on the streaming platform, Twitch, with 12 million followers,” Ninja’s profile says. “This year, Blevins broke Twitch’s concurrent viewer record for a single user with over 600,000 people watching at once. He also finished first in Epic Games’ first sanctioned Fortnite tournament and earned a sponsorship from Red Bull.

It’s no surprise that Ninja is included in this list, considering everything that he’s accomplished in the past year. Becoming the most followed streamer on Twitch is a historic feat in itself, and he continues to grow his channel despite being evaluated under a microscope from the Fortnite community.

“Aiken is one of the most popular content creators for Fortnite, having amassed 15 million subscribers and five billion views on YouTube,” Ali-A’s Forbes profile reads. “He’s won two Guinness World Records for subscribers and also stars in the CBBS car show, Ali-A’s Superchargers.”

Ali-A, on the other hand, puts more focus on his YouTube as he pumps out gameplay videos every single day of the week. He doesn’t always play Fortnite though. Sometimes he plays Call of Duty, the game that made him popular on the platform.