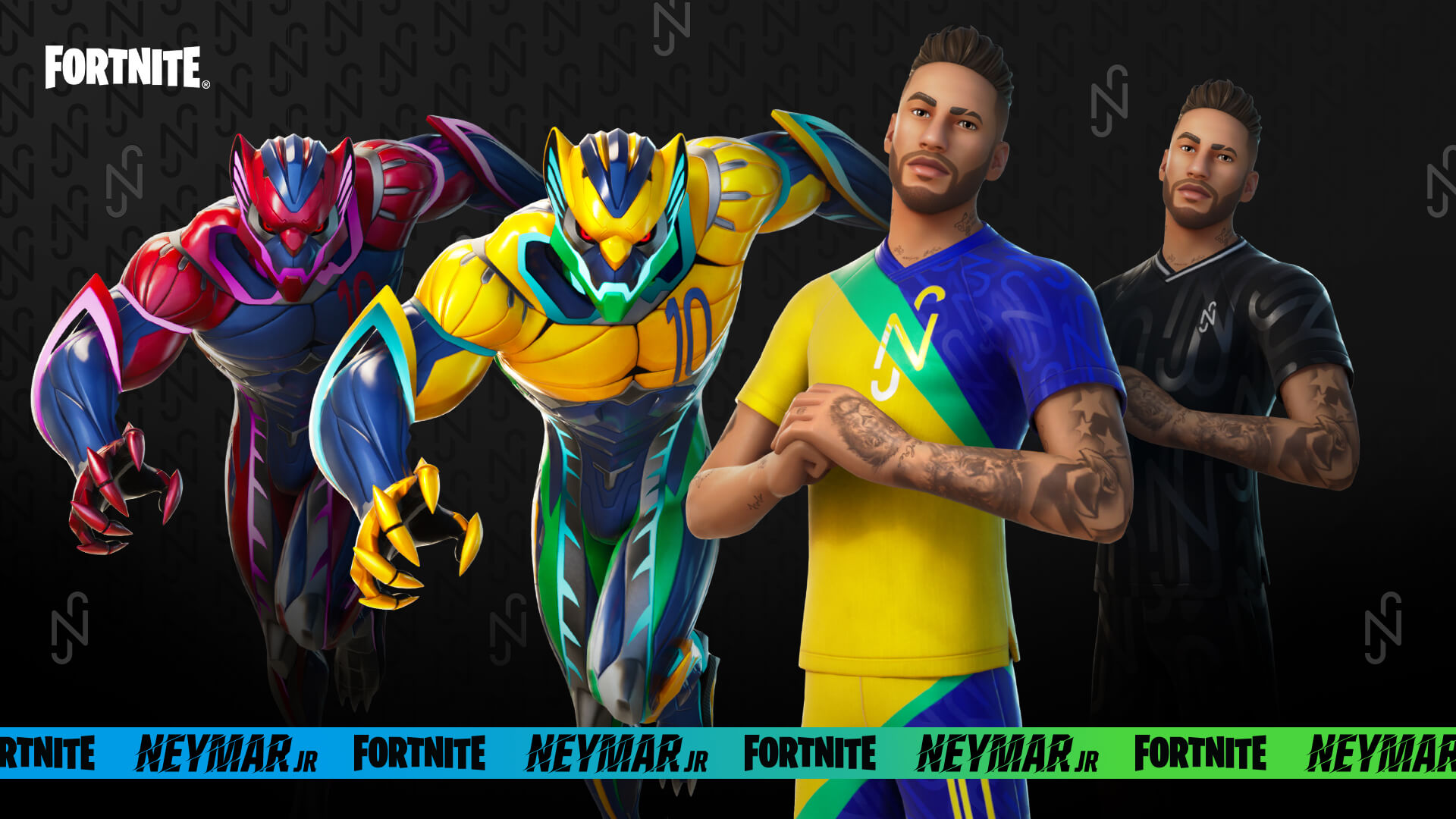 Epic Games has finally unveiled the Neymar Jr. skin ahead of its launch on April 27.

There are two variants available for the soccer star’s Fortnite skin: a more classic look that puts him directly in the game and a primal suit that looks like a more metallic version of the Black Panther based on a Jaguar.

You can unlock the Neymar skins and other items by completing his quest line in the battle pass. To unlock his primal forms, you will need to complete Epic-rarity quests.

Here are all of the items added as part of the Neymar Jr. set and can be unlocked by playing the game.

Once you finish all of the battle pass quests, you can go primal using a new emote that will transform Neymar into his armored-state. All of the costume items can also be unlocked in a darker, Exhibition style.

Neymar and apparel brand Puma are going to be heavily featured in Fortnite Creative from April 27 to May 4, bringing the Paris-themed Welcome Hub created by community members Kryw and Iscariote. This will also feature a soccer field where players can use their emotes to play around.

The Go Crazy Arena playlist will also be live from 8am CT from April 27 to 30. The game mode, created by community members Madmoods and Immature, will feature eight-vs-eight matches with power-ups and infinite respawns enabled.

Additionally, on April 28, players can compete in the Neymar Jr. Cup for a chance to win a custom-designed soccer boot, inspired by Neymar Jr’s primal form. The top player from each region in the solo event will be sent the physical prize, while players can also win the new Spinner Takes All Emoticon.

Players will be able to play 10 matches in their region during the three-hour window, with more details available within the Fortnite client.