Will this weapon be as controversial as the Infinity Blade? 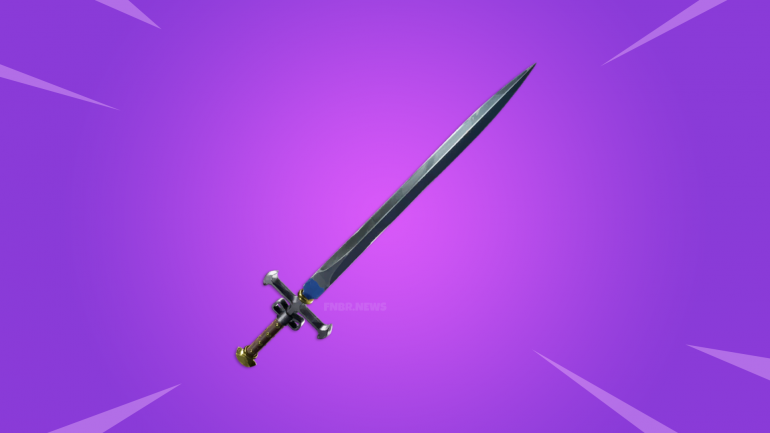 Twitter user srdrabx discovered a new file following the update, which appears to include the Medieval Sword, a weapon originally thought to be an altered version of the controversial Infinity Blade. The account later stated, though, that it is not the Infinity Blade, but rather a “normal” sword.

No further information was found by dataminers, making it difficult to determine whether this weapon is a part of the Mythic class that Epic debuted with the Infinity Gauntlet in May 2018.

Fortnite fans may be hesitant to embrace the Medieval Sword, though. After adding the Infinity Blade in December, players pushed back heavily against Epic, overwhelmingly calling it overpowered and demanding it be removed from the game. The developer heard the community’s feedback, and vaulted the sword less than a week after its debut.

It remains to be seen what the Medieval Sword will be like, or how it will even be used. A close-quarters Limited Time Mode that includes the swords would likely see Epic avoid much backlash from Fortnite players. Adding it into regular games, though, very well may cause more community complaints.