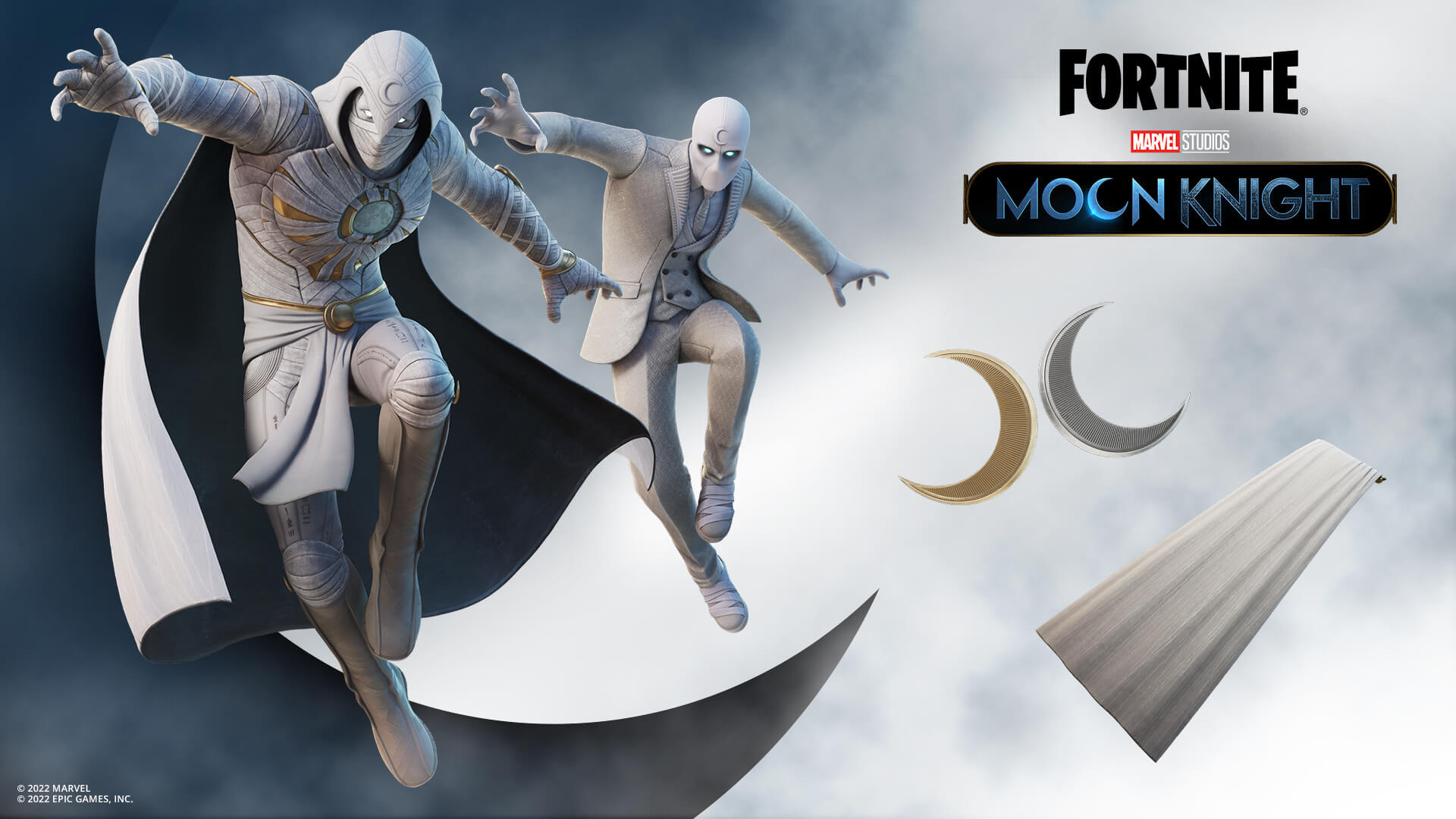 Fortnite has revealed its latest collaboration with Marvel Studios which brings the hero Moon Knight to the game. Today, Epic Games announced that Moon Knight is available in the Fortnite store with both a standalone outfit and pickaxe.

The Moon Knight skin is modeled after the character’s look from the Disney Plus TV series and you have the ability to change its appearance to the Mr. Knight persona using the style changer in the locker. Along with the skin, the Moon Knight outfit includes Moon Knight’s Cloak Back Bling and you can purchase the Crescent Darts Pickaxe separately from the store.

Moon Knight’s outfit will cost 1,500 V-Bucks while the Crescent Darts are just 500.

This new skin makes Moon Knight the latest Marvel addition to the game. Previously, Prowler was unlocked for players to earn by completing quests around the island. Prior to that, there have been plenty of other Marvel characters added to Fortnite, mainly via the Battle Pass. This season’s Battle Pass showcases Doctor Strange ahead of the character’s second solo film, which is set to premiere next month.

Moon Knight is currently the star of a series airing on Disney Plus. The six-episode run earlier today released its fourth episode with just weeks left to conclude the character’s story.

Now, you can use the downtime between episodes to try out the new Moon Knight outfit in Fortnite that is available to purchase from the story for a limited time.