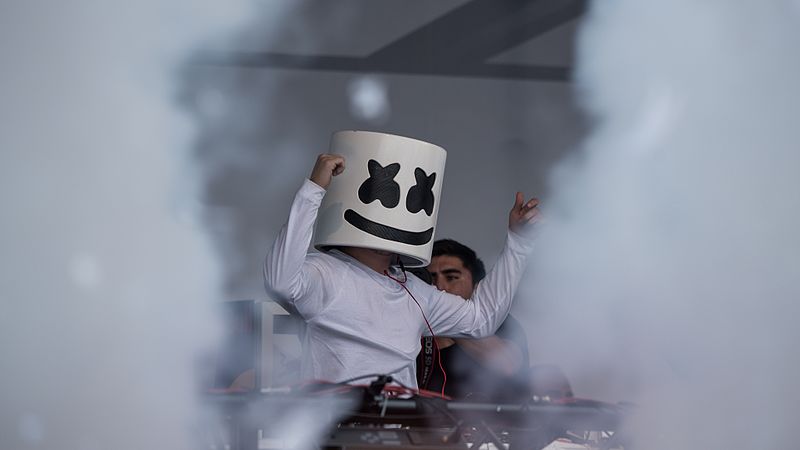 Many times, Fortnite dataminers will discover new skins, other comsetic items, or in-game events by browsing through the game files, but it appears they have found something very different after Tuesday’s 7.20 update.

A six-minute music video featuring several songs by electronic music producer Marshmello has been found in the Fortnite game files by leaker Lucas7Yoshi_. The video includes numerous animations involving Marshmello’s iconic helmet, and many of his most popular songs.

It’s unclear what relevance this video has to Fortnite, though. Nothing during the six minutes appeared to be directly Fortnite-related, despite Marshmello’s connection to Fortnite and its biggest star, Tyler “Ninja” Blevins.

Marshmello and Ninja most notably played together online and in the Pro-Am tournament at E3 last June, winning the charity event. And per Marshmello’s manager Moe Shalizi, the EDM DJ and Fortnite are working on a collaboration that is coming in February.

Shalizi said in a story on his Instagram yesterday that “something is coming with Mello and Fortnite next month that’s gonna have the world shook,” although he did not clarify any further.

Marshmello has been a familiar face in Fortnite since the Pro-Am tournament, but the music video in the game files still appears to be rather random and unrelated to what he and Epic are working on. While it may become clear down the line, we’ll likely have to wait until at least February to get an idea of what is coming.