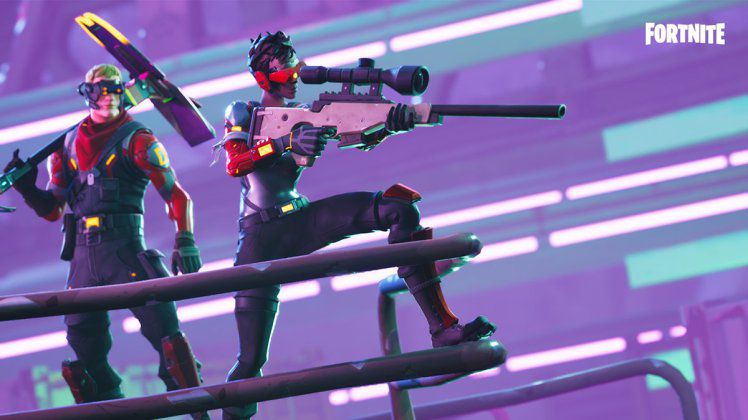 After just four matches in the inaugural Fortnite Summer Skirmish series tournament, Epic Games has decided to call off the rest of the $250,000 Duos competition due to server lag issues.

Throughout today’s tournament, some of the best and most notable people in the Fortnite: Battle Royale community went head-to-head. Many of them were experiencing frequent lag in their matches, however, resulting in some frustrating moments.

While there were times when the players got to show off their skill and teamwork, many times the server lag forced them to play completely different—and in a few cases, it basically eliminated the players’ chances to win. TSM captain Ali “Myth” Kabbani fell victim to the server lag, dying in game four after the lag misplaced his ramp and he fell into the storm.

“I’m lagging my ass off,” Myth shouted to his teammate. “Please, no lag. We were so good. You legit can’t run.”

Myth wasn’t the only one who voiced displeasure about the server. Other popular players, such as Daequan Loco of TSM, FaZe Clan’s Cizzorz, and OpTic Gaming content creator Jack “CouRage” Dunlop, all critiqued the lag and its impact on them during the game.

Following the conclusion of the fourth match, Epic Games decided to end the tournament prematurely to presumably avoid further frustration from players and attempt to work on the issues. This threw the original format out the window, though, with no team reaching the required two victories to win the tournament.

The commentators explained Epic will look at the eliminations and Victory Royales in order to crown the correct winner, and they’ll be announced via the Summer Skirmish website.