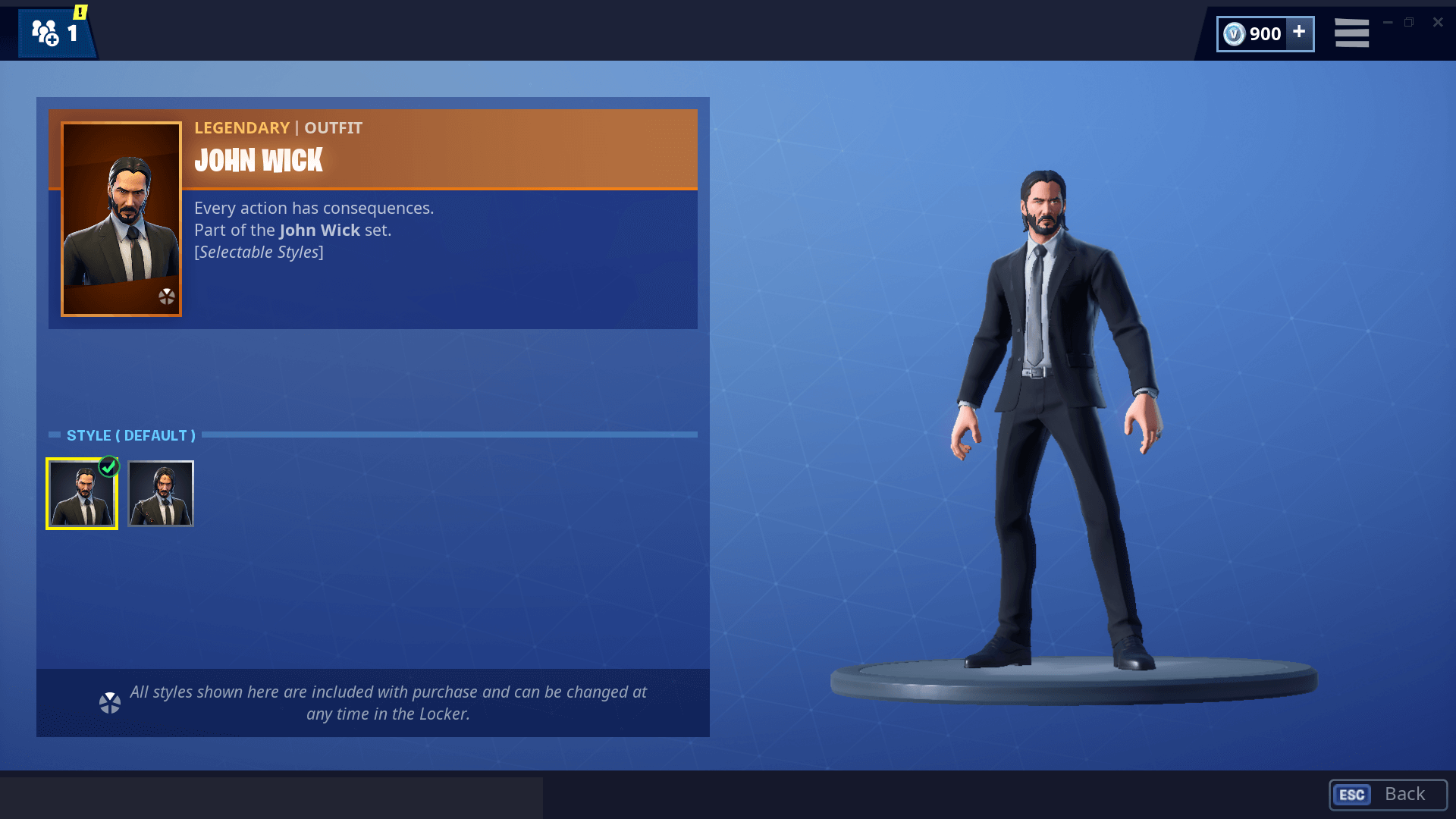 Fortnite: Battle Royale has added a John Wick character skin to the game this morning for 2,000 V-Bucks. Players were already expecting this after Epic Games indirectly confirmed leaks that he was coming along with a new temporary game mode and set of challenges, Wick’s Bounty.

John Wick’s Legendary set comes with the character in two variants, default and damaged. When damaged, Wick is covered in bruises. A back bling called Assassin Pack also comes with the set.

A pickaxe called Simple Sledge is also on sale as part of the John Wick set, but it’s sold separately for 500 V-Bucks. Players who have no V-Bucks stored to buy the set will get the best value by purchasing the $25 pack that comes with 2,800 V-Bucks.

Along with John Wick, a special limited-timed mode called Wick’s Bounty is now available. It’s starting first as a squads playlist, but Fortnite data miners found that there will also be solo and duos modes rotating in soon. Squads who collect the most golden tokens during the match are declared the winners, but their location is marked on the map when they’re leading the count. Each player has three lives and is out for good once losing them.

It’s possible to get more John Wick-themed items by completing Wick’s Bounty challenges, which are available now to all players. You must complete these challenges in the new mode to unlock the black umbrella glider One Shot, the black weapon wrap Boogeyman, and the shiny back bling Gold Token.

John Wick’s challenges will be available for five days, and the John Wick set could rotate out of the store in the next 12 hours.