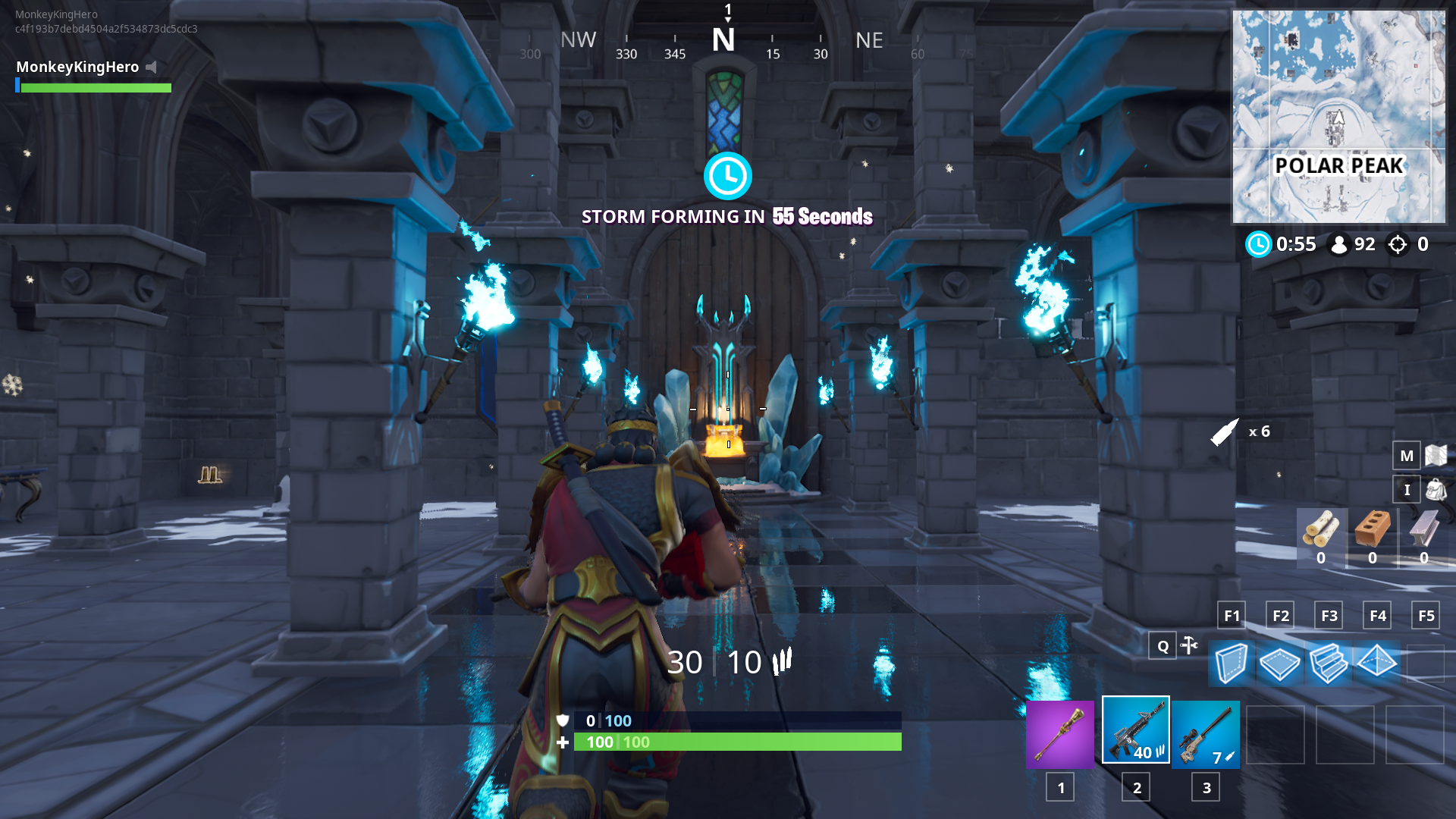 There is a new area to explore in Fortnite: Battle Royale’s Polar Peak with a new throne room appearing inside the Ice King’s castle.

The throne room was added as part of the new 7.10 patch, which also brought about a new Holiday event known as the "14 Days of Fortnite" which will bring new and returning LTM modes, skins, and more map changes on the road to Christmas.

The throne room is nothing special at first glance, but it sure beats the large amounts of snow that took up the room at one point. There is also a large assortment of chests to plunder so long as you aren't taken out by other players in the process.

There are other areas that were included in the patch as well, including a small dining room, but the throne room is definitely the main attraction. It houses a gigantic Games of Thrones-like throne at the end of the hallway and the whole aesthetic fits the mood of season seven so far.

There are still a bunch of areas at Polar Peak that seem to be hidden beneath the snow, so we can only sit and wait for future patches and reveals to find out what else Epic Games is hiding underneath it all.