How to visit the Razer Crest in Fortnite Chapter 2, season 5 - Dot Esports
Skip to content 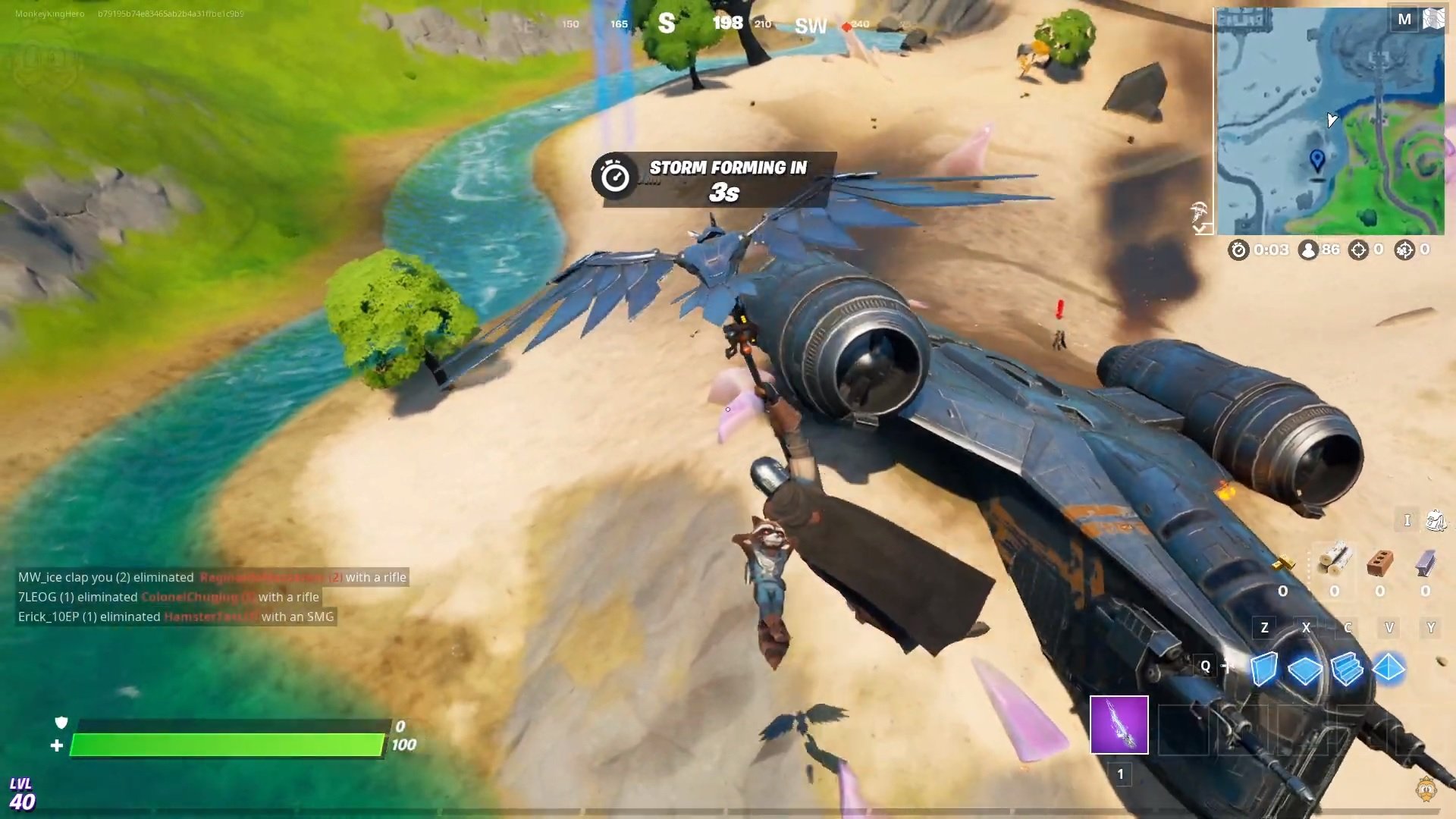 Fortnite‘s latest season brings with it a host of map changes surrounding the titular Zero Point, and it can be difficult to find your way around with so many new question marks on the map.

If you’ve purchased the battle pass and obtained its first reward, the Mandalorian armor, and want to gun for its challenges immediately, here’s how to visit the Razor Crest.

If you haven’t traversed the new map yet, it’s almost directly north of Lazy Lake and to the west of Dirty Docks. It’s along the rightmost edge of the desert surrounding the Zero Point in the middle of the map.

It’s a pretty large object, so going airborne and slowly gliding down is a good way to find it.

If you’ve already discovered some of the new locations, the wrecked Razor Crest is on a little knoll directly south of the Colossal Coliseum.

If you still can’t find it, here’s a video guide.

Approach the crashed vessel, and your mission is complete. Be careful out there, however, as you are liable to get into a few firefights from others trying to mark off the same challenge. The Mandalorian himself will also be patrolling the area, so it’s best to avoid firefights if you are not fully equipped.