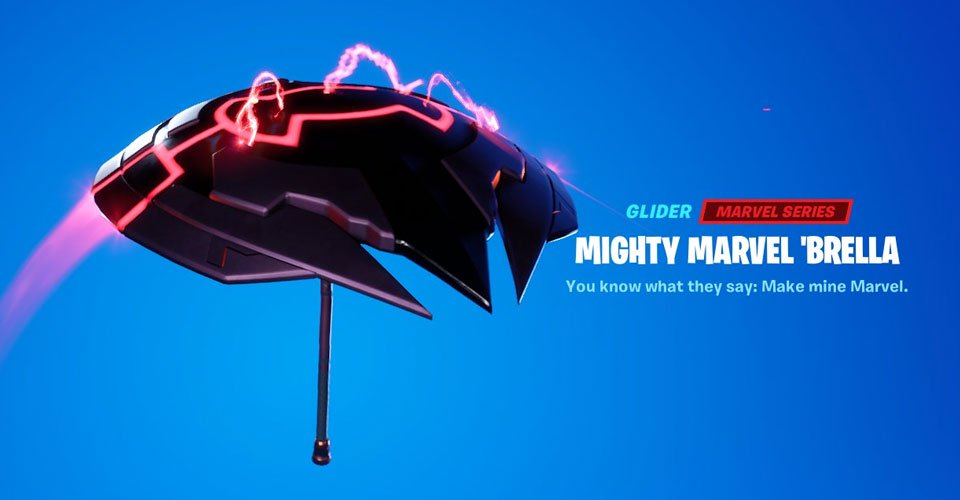 The fourth season of Fortnite’s second chapter went live earlier today and introduced some long-awaited names from the Marvel universe to the game. Fortnite players will team up with Wolverine, Iron Man, She-Hulk, Storm, Groot, Thor, and Doctor Doom to fight against the world-devouring Galactus.

The first set of weekly quests also went live alongside the season’s battle pass and the season already features enough content that will take months to manually unlock. Though battle pass enthusiasts look forward to Punch Cards and anything that rewards XP, seasonal souvenirs like gliders will be the primary target for collectors.

Like previous seasons, Chapter Two, season four features an umbrella skin that looks like one of the best umbrella-style gliders that Epic Games has ever put out. Here’s how you can get it.

How to obtain the Mighty Marvel ‘Brella Glider in Fortnite?

The red and black glowing umbrella will be awarded to all Fortnite players who manage to secure a win in a classic game mode during Chapter Two, season four. This means that you’ll need to get a Victory Royale in a Solo, Duo, or Squads match. Any victories claimed in an event or casual game modes like Team Rumble won’t trigger the reward.

Though you’re likely to see this glider everywhere since it’s new and looks fantastic, it’ll become one of the rarest gliders in the game and a great way to show off how long you’ve been playing Fortnite as the seasons pass by.