How to "Open doors locked by an ID scanner" in Fortnite Chapter 2, season 2 - Dot Esports
Skip to content 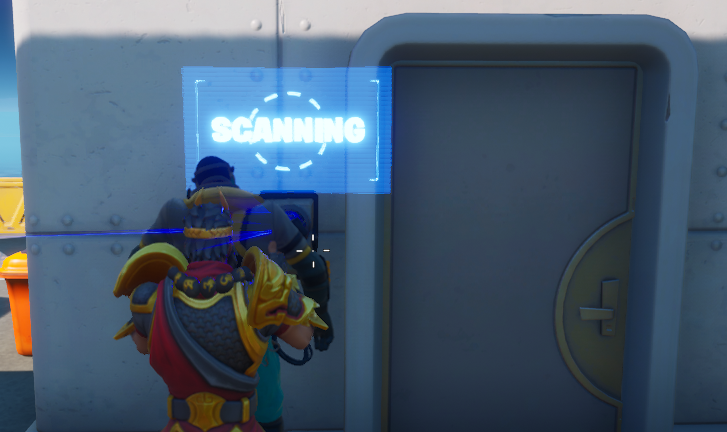 We found it annoying because the doors don’t always work or unlock. We opened a bunch of doors and were only sometimes rewarded for our troubles, but maybe it’ll work better for you when you enter a game.

Here’s exactly what you need to do to complete the challenge.

The best place to go for this task is the Rig, which is located in the southwest part of the map. There are a ton of doors there you can open. Once you’re there, you can either disguise yourself as a Henchmen in the phone booth or knock one down and use him to open the door instead.

Then, go toward a locked door with a scanner next to it and either allow the door to scan you or hold the carried Henchmen up against the door to unlock it.

If you’ve done everything correctly, the challenge should pop up in the top left of your screen to inform you of a job well done. Do this three times and you’ll complete the task.