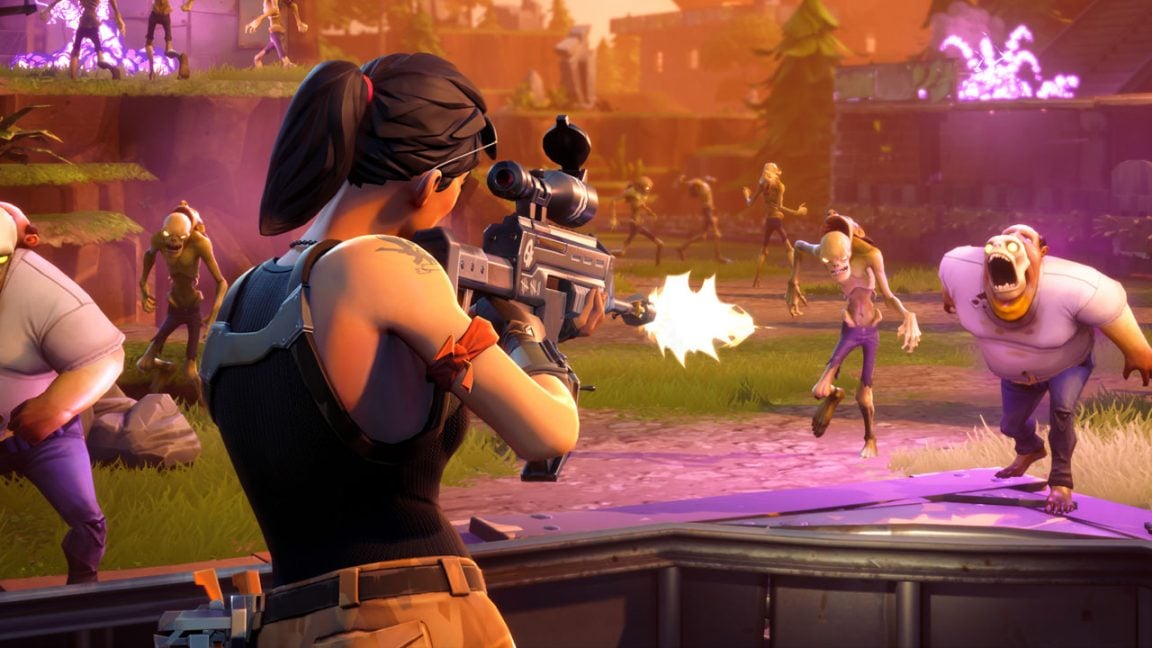 The Fortnite map is highly varied when it comes to its terrain. While a part of the map is covered with mountains, the other areas can be a tropical paradise, each favoring a different playstyle.

There are many kinds of weapons in the game and only five inventory slots that you can use to store them. Each weapon shines in different situations and you can only play with so many variations, meaning you’ll need to choose the ranges that you want to excel at.

While sniper rifles are perfect for covering long distances, you’ll need a submachine gun (SMG) or a shotgun to ensure you’ll have the highest odds of winning any close-range skirmish. Assault rifles may feel like they’re also fine for short-range use, but they’ll be bested by SMGs and shotguns on most occasions. There are a handful of SMGs to choose from to complete your loadout and each does something that the other fails to do so.

The Rapid Fire SMG has been the preferred choice of players with stable aim since it requires a good deal of tracing your opponents as they move. It has a considerably higher fire rate than other SMG weapons in the game, meaning if you’re spraying while you’re off your target, you may run out of bullets. It’s a weapon that rewards precision and can help you quickly burst down an opponent during a build fight.

Here are all the technical in-game stats of the Rapid Fire SMG in Fortnite.

The Rapid Fire SMG’s DPS, damage, magazine size, reload time, and structure damage improve with each rarity level. Some of these happen after a certain rarity, but the gun’s overall power level always increases as you climb up the rarity ladder. The most fierce competitor of the Rapid Fire SMG is the Submachine Gun, one of the oldest weapons in Fortnite.

Should you use a Submachine Gun or a Rapid Fire SMG in Fortnite?

The Submachine Gun and the Rapid Fire SMG may look similar, but they play out differently. Checking out the Legendary Submachine Gun’s stats should be sufficient to give you an idea of what separates them from each other.

Despite having a higher base damage and a larger magazine size, the Submachine Gun gets out DPS’d by the Rapid Fire SMG. This is because the DPS stat takes everything into account about a gun, like its fire rate, reload time, and even your accuracy. The DPS will only reflect the truth if you successfully connect all of your shots, which may be significantly harder to accomplish in reality.

The choice on which one you should be using depends entirely on your playstyle and whether you value a more consistent weapon over a more bursty one.

The Rapid Fire SMG was vaulted with Patch 14.00, meaning you won’t be able to find one in a regular Fortnite match until further notice. Keep an eye on future patch notes to see if the Rapid Fire SMG becomes available again, though, so you can be one of the first players to wreak havoc with one of the fastest firing guns in Fortnite.