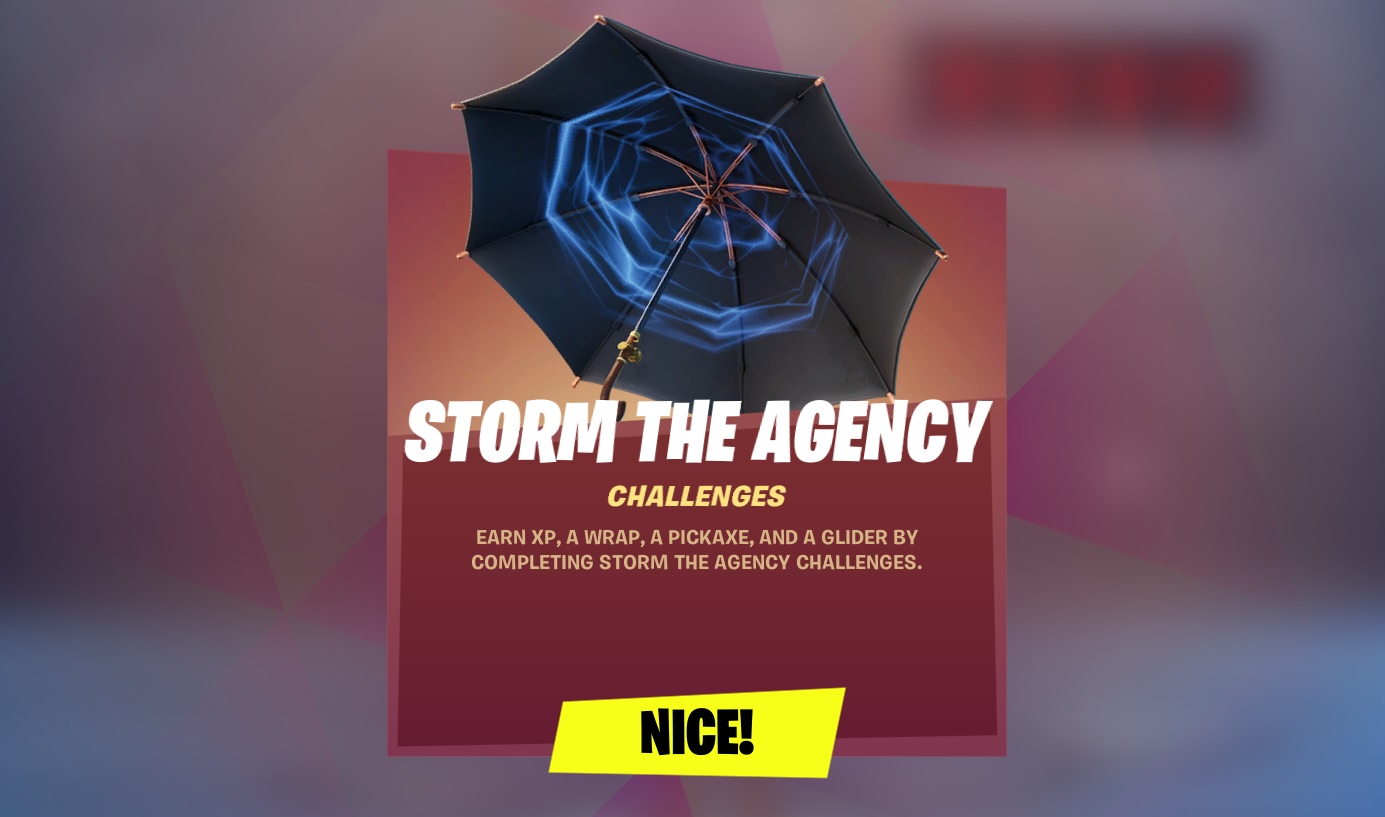 Fortnite’s last update before the new season was released last week and players were able to see some changes around the central Spy Base. Data miners also found a secret event buried in the files that's rumored to be the last milestone before the Doomsday event kicks off.

Land at The Agency

This is a pretty straightforward challenge that requires players to land at The Agency once and rewards them with 40,000 XP for doing so. Keep in mind that The Agency will be packed with enemies since everyone will be looking to complete this challenge.

Surviving storm circles shouldn’t require any focus since it’s one of the core mechanics of Fortnite.

The quest requires players to outlive 10 storm circles. We recommend hopping into a Solo, Duos, or Squads match to complete it faster since there are more storm circles in those compared to Team Rumble. 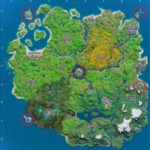 The term faction locked chests may sound unfamiliar but the quest simply refers to the ID locked chests that can be found in Henchman Safe Houses and the points of interest like The Agency, The Shark, or The Rig.

Players need to open five chests to complete the quest. You can either disguise yourself as a henchman via a phone booth to open the chests or knockdown a henchman and carry them with you.

Swim over hatches at The Agency 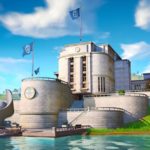 If you were a frequent visitor of The Agency over the course of the last season, you may have noticed a weird type of structure buried underwater halfway from the shore.

There are five of them around The Agency and they resemble the shape of a star. This quest requires players to swim over them, which only takes about a minute or so after landing. 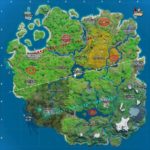 Depending on the circle, this may be the most time-consuming quest of the five. There are five different Safe Houses located on different edges of the map. Keep in mind that eliminations that take place in Spy Bases won't count toward this quest.

The quest requires players to take down three henchmen. The mentioned safe houses in the quest are located near Holly Hedges, Pleasant Park, Craggy Cliffs, Frenzy Farm, and Misty Meadows.

Though easy quests tend to have underwhelming rewards, Storm the Agency doesn't. The quests “Land at The Agency,” “Survive Storm Circles,” and “Swim over hatches at The Agency” have a reward of 40,000 XP each.

The other two quests “Open a faction locked chest at different Spy Bases” and “Eliminate a Henchman at different Safe Houses” both have a cosmetic item as a reward. Completing all of the quests also rewards players with a glider. 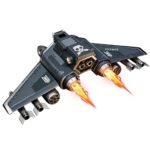 The Steel Shadow Pickaxe and Shadow Stalker Glider are both Rare items, while the Shadow Seal Wrap rocks the green color of the Uncommon rarity.

Though Epic didn't comment on how long the challenges will be available, the Doomsday event is planned to start on May 30 and the new season is expected to hit the servers on June 4. That means it might be a good idea to get these quests out of the way before at least one of those dates.