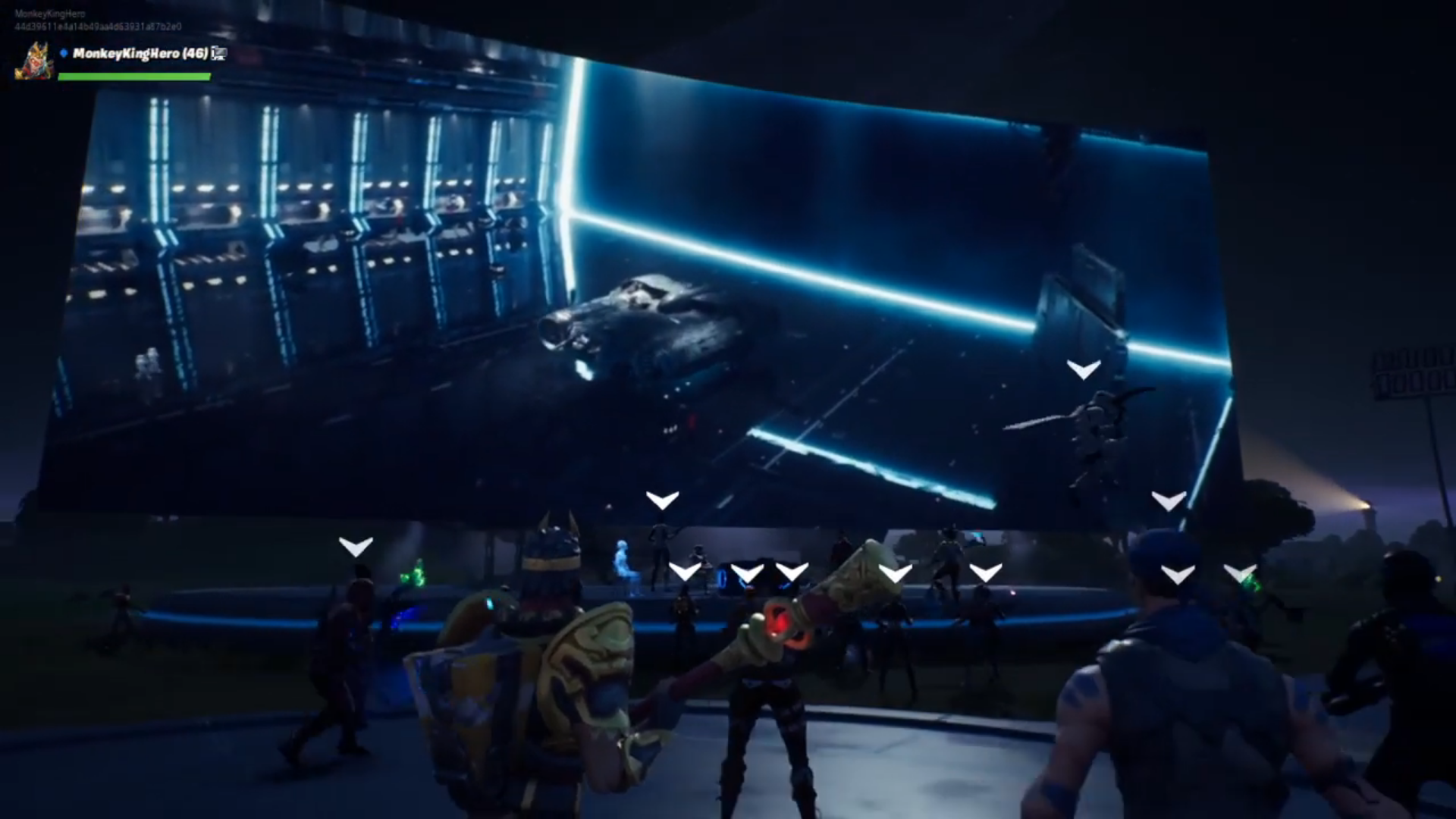 Fortnite‘s Star Wars event just went live and came as quite the treat for fans of the sci-fi universe.

The event showcased a short clip of the upcoming Star Wars movie The Rise of Skywalker for everyone to watch at Risky Reels. Those who logged into the game and attended the premiere also received a free Star Wars Glider to commemorate the event.

Unfortunately for some Fortnite fans, however, not everyone could take part due to the influx of players trying to get into the game at the same time crashing the servers. Epic Games did delay the start of the event by about 10 minutes to give more people a chance to log in and promised fans that everyone would get the glider.

If you happened to miss the Star Wars-themed event for whatever the reason and don’t know what happened, don’t worry—we got you covered.

The Fortnite event had a bit of everything: massive space battles including the Millenium Falcon, some comedic bits, the long-awaited short (and we mean short) clip and, of course, the biggest surprise of all—a new lightsaber weapon to wrap up the event.

Fans were even given the option to take part in the event by voting for what type of scene they wanted to see, as well as which color lightsaber they wanted to wield in the end.

The event then ended with a battle to the death—lightsabers only—with the first team to get 100 kills taking the victory in a bloody end.