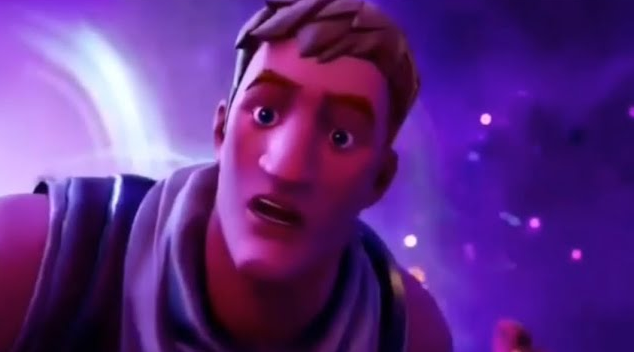 For each new season of Fortnite Battle Royale, players are treated to an opening cinematic upon booting up the game for the first time. It seems that the cinematic trailer for Season 10 has been leaked by Fortnite’s Brasil twitter account.

The account, instead of tweeting the fourth teaser for Season 10, accidentally released the full trailer for Thursday’s update. It’s likely that Epic Games may be taking down videos containing the leaked trailer, but with less than 24 hours before the Season releases the company might save the hassle.

The trailer includes nods to previous seasons as Jonesy flies through time and space. This is all caused by the orb at Loot Lake exploding. As he falls back into reality, Jonesy lands on an all-new version of the Fortnite island.

It seems that the Volcano will remain on the map—possibly changed back to its original volcanic state instead of a Robot Factory. Other locations discovered in the trailer were the original “OG” Factories unnamed point-of-interest and on top of Dusty Depot (which we all knew was returning anyway).

Some skins were spotted in the leaked trailer as well, such as an alternate version of Dark Voyager and Sparkle Specialist. The mech from the second Fortnite Season 10 teaser image also appears to be a skin, just not as big as players would have hoped.

The best part of the trailer is when Peely sees Jonesy and remembers what he did to him in the Season 9 opening cinematic, as he seems to have been reverted back to being a banana instead of being stuck as a smoothie.

There are many things to spot in the leaked trailer. The quality isn’t great, however, since it was screen recorded from a now-deleted tweet. Players should expect to see a HD version of this being released tomorrow, Aug. 1.