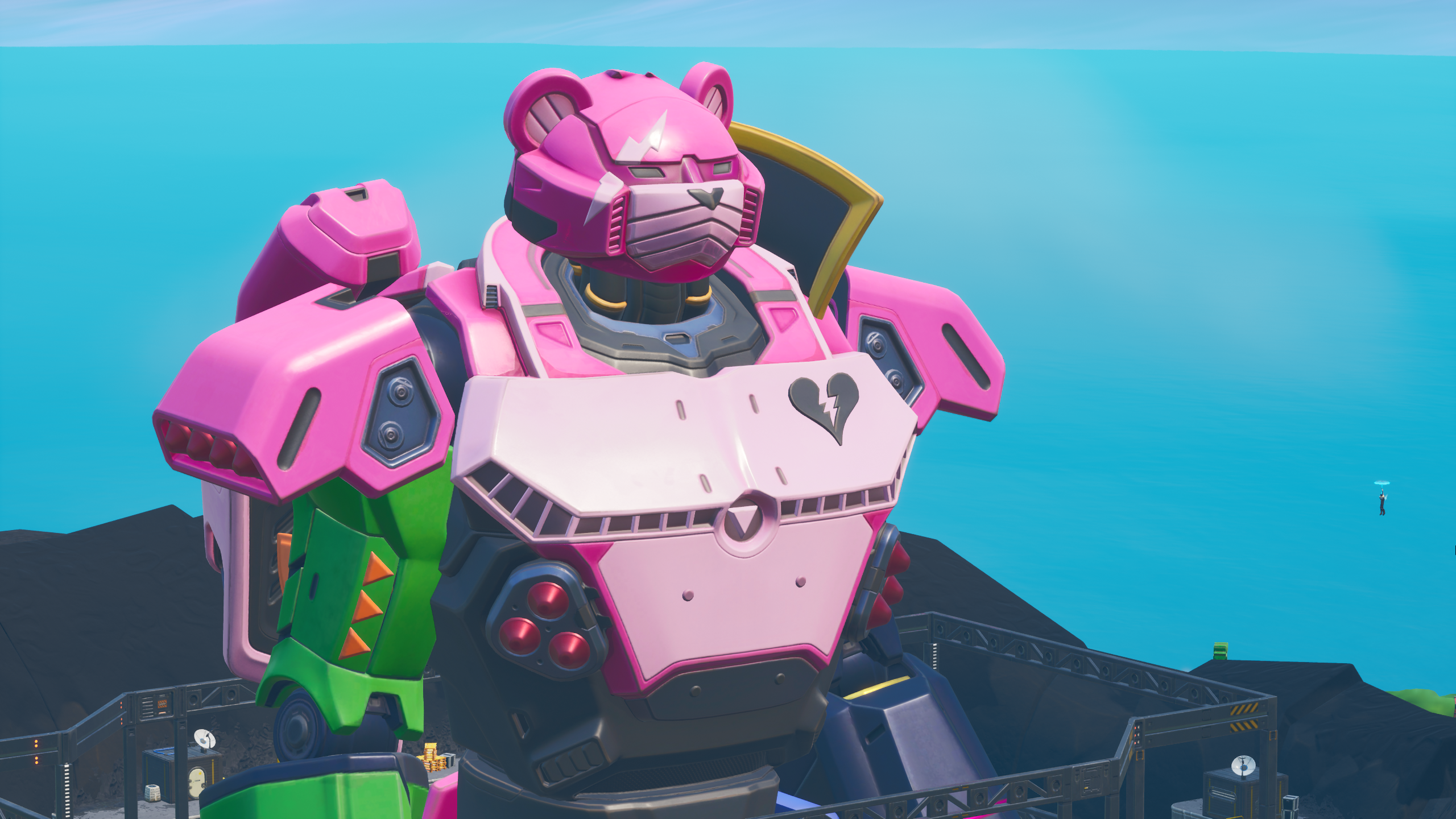 Fortnite: Battle Royale players have recently been keeping a close eye on Pressure Plant. The location was transformed into a factory and began production on a giant mechanical robot at the beginning of the month.

Since then, new parts have appeared every other day as the island prepared for war against the creature that is codenamed “Cattus” in the Fortnite game files. Finally, after weeks of waiting and following the progress of development, players can now see the robot in its finished form at Pressure Plant right now.

The robot is expected to head into battle against the Polar Peak creature on Saturday, July 20. There are currently countdowns towards the final showdown above the Sky Platforms in the game. When the battle begins, the main theory is that the robot will likely use its jetpack to attack the creature.

According to leaks, all players will be given jetpacks and must take the high ground to avoid being a victim of the battle of the titans. It’s expected to be an epic fight between the monster and the robot, with some data-mined files hinting at an outcome decided by players.

Players will likely have to choose which team they back and the winning team will be the one with the most supporters, so it’ll be interesting to see which side defeats the other on Saturday. All of Season 9 has been leading to this, with the aftermath supposedly creating the theme for Season 10.