Fantasyfull can’t believe her concept has turned into playable characters. 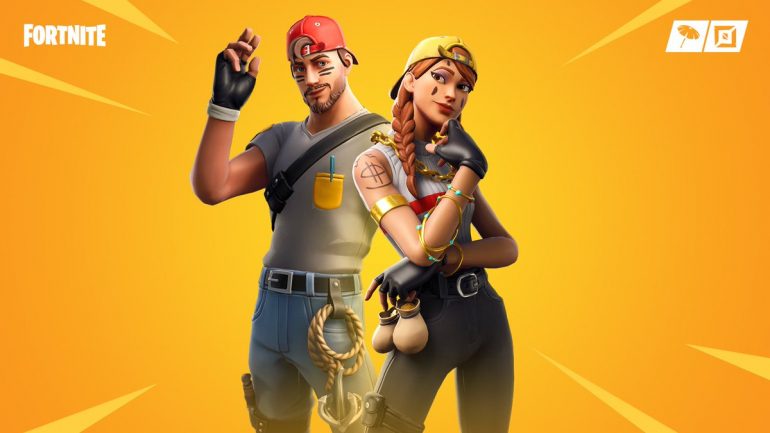 “Words can’t express” the feeling of a Fortnite: Battle Royale fan who’s just had her art featured in the game.

A concept artist that goes by the name of fantasyfull drew the art for character skins Guild and Aura as fanart, and now they’ve both been released in the latest Fortnite Item Shop rotation. The artist showed her concepts for both characters on Twitter and thanked Epic Games for using them to create the models that are now available to all players.

“As a game artist myself, this was the best thing that could ever happen to me,” she wrote.

She named the characters “Treasure Hunters” and included a mummified golden llama back bling, a backpack with a pickaxe and cash coming out of it, and a pickaxe with a skull on top of it wearing a golden chain. So far the characters were the only creations added to Fortnite, and players can buy them for the next few hours for 800 V-Bucks each. As with any other cosmetic items, players should expect Guild and Aura to rotate out of the Item Shop later today.

Fantasyfull’s creation received public praise from Epic’s Creative Director Donald Mustard on Twitter, who wrote he loves the outfits “and the story behind their creation.” He also thanked her for the “incredible design” of the characters.

Cases like fantasyfull’s are rare, but they’ve happened in the past. Epic added a full set of cosmetic items called “Fowl Play” in late November 2018 after a child’s suggestion of a “Chicken Trooper” skin he wanted to see in the game. The boy’s concept got visibility in the Fortnite’s Reddit community, and the company added it to the game a few months later with a glider, a pickaxe, and a back bling.

Epic’s Terms of Service allows the company to use any fan creation published in Epic’s network the way it wants with no obligation of paying the creator, and the creator automatically grants the company all the rights to that content. It’s unclear at this time if Epic paid fantasyfull for the concept or if the artist is receiving any kind of compensation for the inclusion of her art in Fortnite.

Dot Esports has reached out to fantasyfull and Epic Games for clarification.