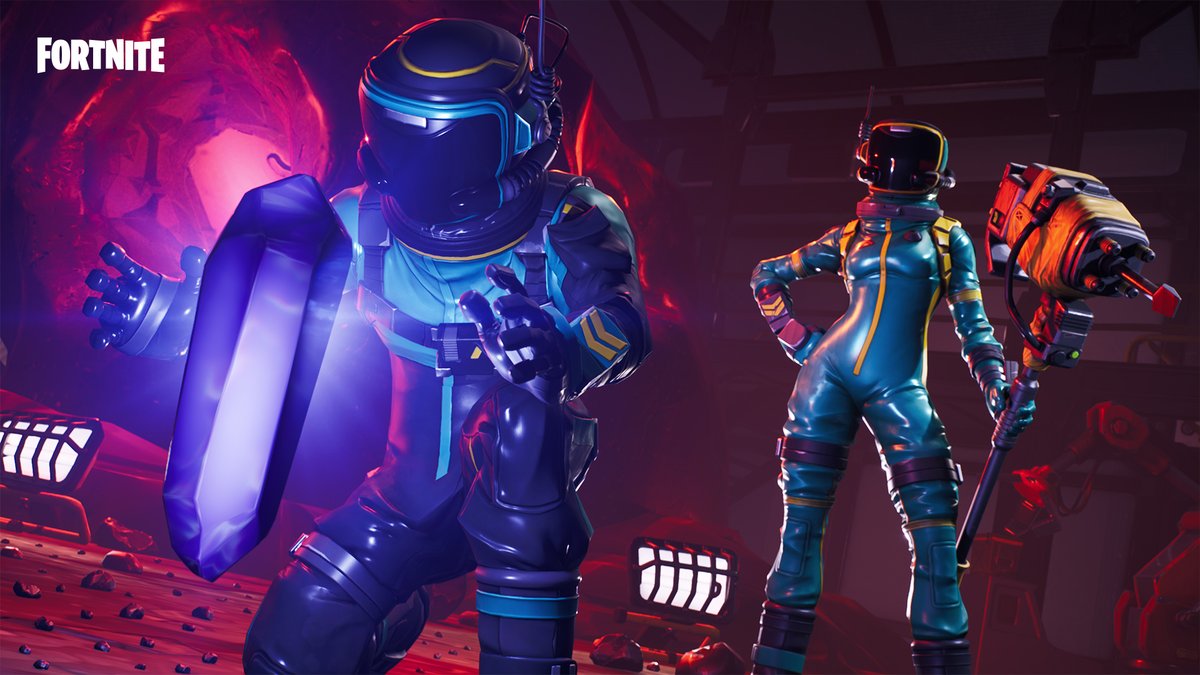 The metal structure could be the door to Fortnite’s vault, where all of the weapons and items that are removed from default playlists are sent after an update. When Epic Games removes an item from these modes, instead of saying it was “removed,” it says that the item “was sent to the vault.” The Look Lake hatch could be the door to the vault, it seems. The information was revealed by data miner FireMonkey and confirmed by several other leakers.

A scribble of the Loot Lake hatch that players found on a chalkboard inside a research facility in Fortnite could also indicate this—there’s an arrow pointing to the drawing of the metal structure with the question “vault?” written next to it.

The theory matches up with the possible addition of voting for weapons to be added back from the vault soon, which is another feature data miners found being hinted at in the game files after the v8.50 update. Drawings of the Grappler, Drum Gun, Infinity Blade, and X-4 Stormwing plane (which are all vaulted) are also tied to drawings of the Loot Lake hatch, according to data miners.

Since the hatch appeared after the v8.40 update, no weapons were vaulted or taken back from the vault. Players are still trying to figure out how to make the hatch open by activating runes that plug themselves into slots on the metal structure after players complete certain actions globally—this includes hitting them with pickaxes, aligning beams of light, and dancing in front of them.

None of this is confirmed, though. Players have to continue working together to plug all of the runes into the hatch in Loot Lake, solve its mystery, and maybe gain the power of deciding what’s leaving the vault soon.