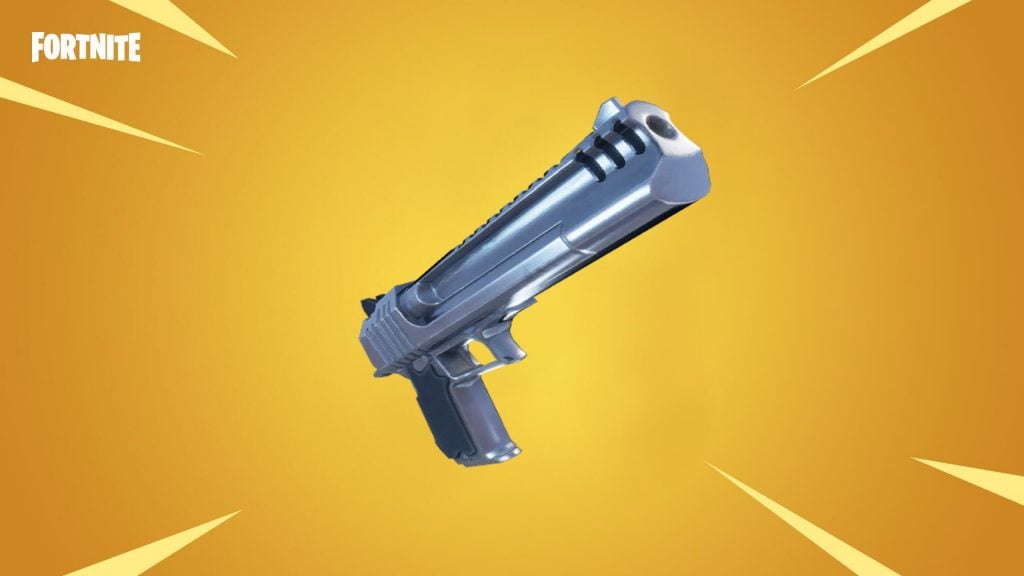 Fortnite‘s Hand Cannon received a facelift in Creative mode and it could be making a resplendent return to Epic Games’ battle royale.

The model has been updated to a decidedly more realistic look. A sleeker dark gray shade replaces its original release, while more rivets have been added along the body. A larger hammer and rear-sight serves as the final touches on the Hand Cannon, helping the profile of the gun pop out even more.

Fortnite is now in its second season of Chapter Two. Originally slated to end on April 30, the timeline has been extended and is set to cross over to season three on June 3.

The original Hand Cannon was vaulted in October 2019 after the launch of Chapter Two. It remained a possible option for players in Creative, but players who loved the Desert Eagle homage could no longer attempt “one deags” in Salty Springs.

The Hand Cannon isn’t the only thing being uncovered, though. If you’re looking for a throwback to the past, one of Fortnite‘s rarest skins, Recon Expert, is now available in the store. It previously hadn’t been in stock since Nov. 11, 2017.