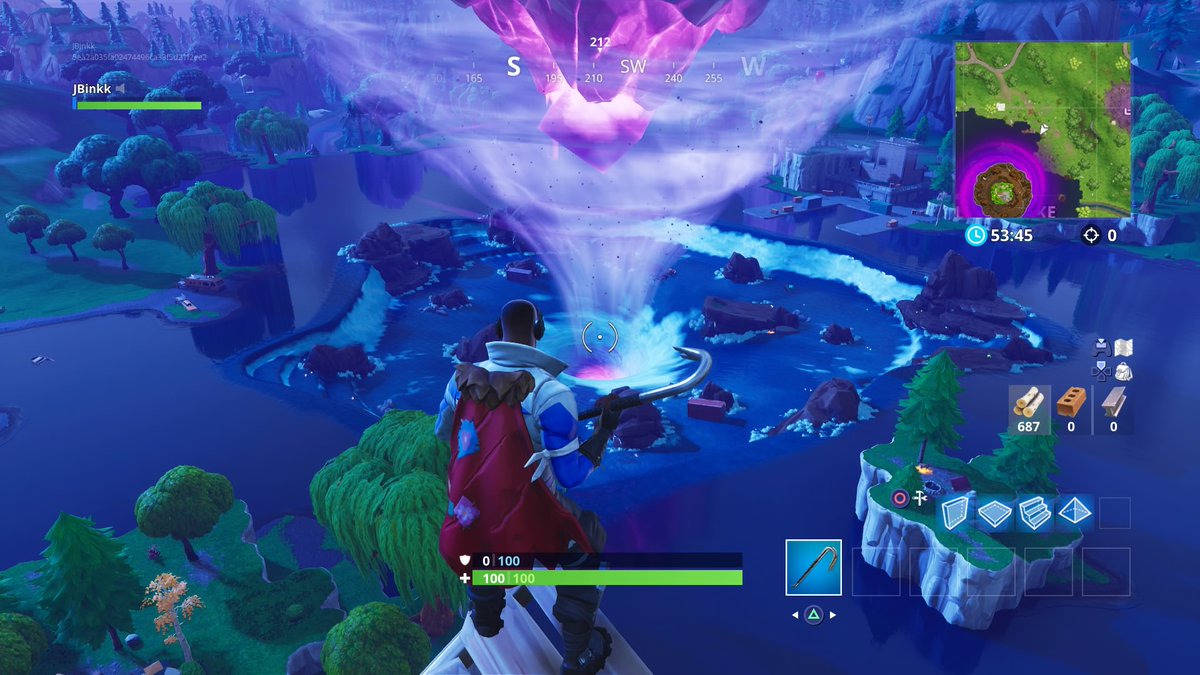 After weeks of traversing the Fortnite: Battle Royale map, the floating island has finally come back to Leaky Lake.

The infamous cube and floating island made its momentous return to Leaky Lake today, and the event brought a spooky new addition to the map. A huge purple swirl is spiraling around the floating island on the mini-map, and more portions of the purple cube can be found inside the house.

Related: Fortnite’s floating island could be headed back to Leaky Lake

The island has been away from Leaky Lake, which was originally Loot Lake, for the entirety of season six. In season five, the mysterious cube rolled into the lake, creating water that allowed players to bounce on the lake as if it were a trampoline.

Then the cube unearthed the island and lifted it into the sky, while also forming a tornado-like whirlwind underneath, so that it could travel to each of the seven runes around the map. At the same time, the cube expanded itself into the island and purple portions of the cube have been appearing with each rune activation.

After a rune was activated, it’d take the island approximately three days to reach the next symbol. The runes were recently moving toward the floating island as well before they fell to the ground near Dusty Divot. And now, everything has seemingly come full circle.

It’s unclear what will happen next in the saga of the mysterious purple cube, but Fortnite fans know this likely isn’t the end.