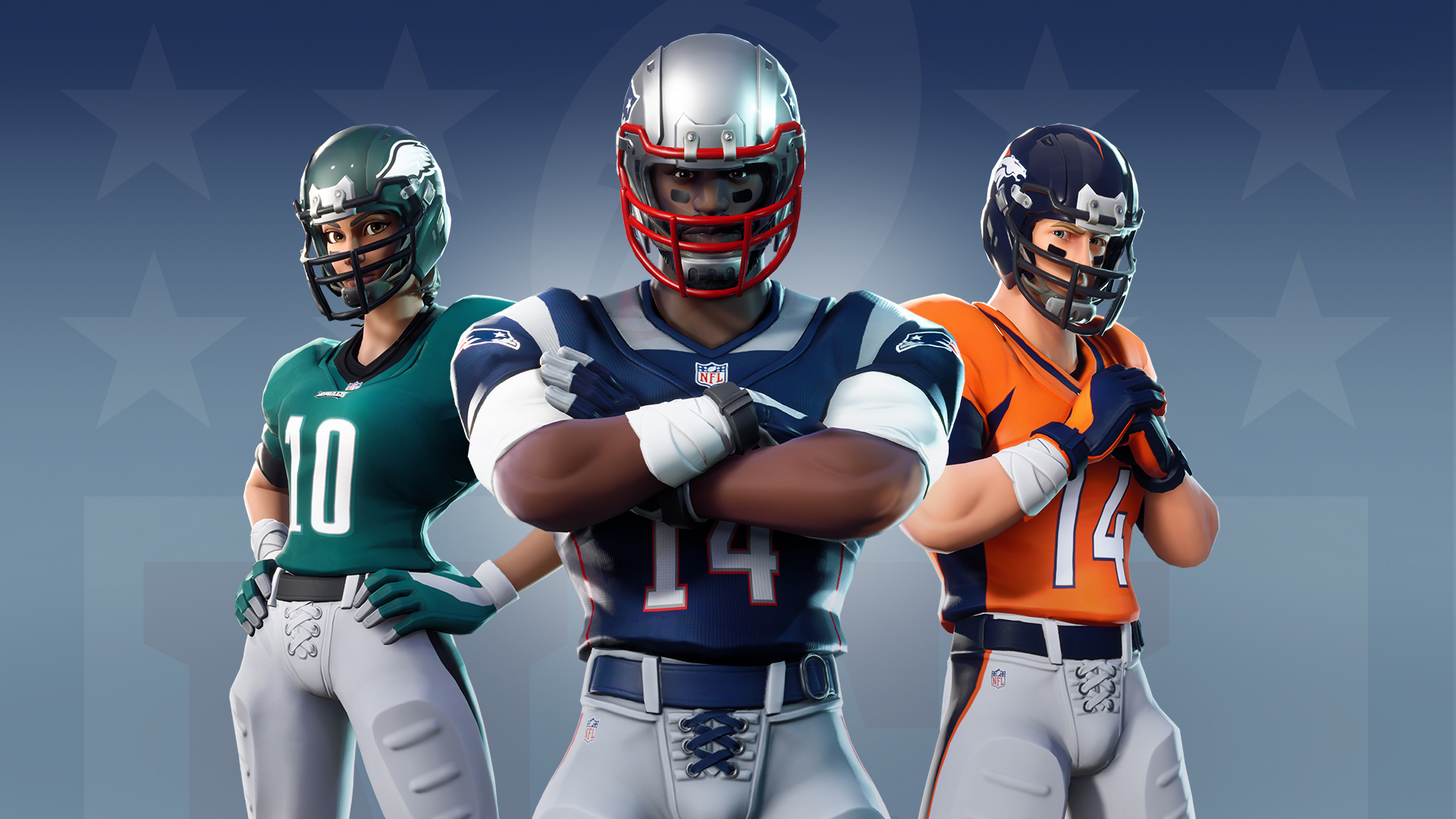 Players already know they can expect that dataminers have revealed most of the new items that will be coming to the in-game Item Shop anytime soon, most likely this week. But this time, the leak by fnbr.news revealed what dataminers claim to be the special skin players can earn for completing the first seven weeks of Battle Pass challenges, Hunting Party. The leak also revealed some models of the NFL skins announced yesterday.

The leak shows a gray robot skin called A.I.M. It has a blue visor and huge breast and shoulder plates for protection. It seems geared up for any fight, but it’s hard to tell if its intentions are good or bad. It should also come with the E.L.I.M backbling that has a display with an elimination counter in it.

The leak also shows there are NFL skins for every character model in Fortnite, and the leak makes it look like any character will be able to wear any football gear for the team the player chooses. Fortnite News shared on their Twitter account that all skins will be Epic rarity.

The name of the NFL skins will vary by model, according to FNBR.co. They will be called Blitz, End Zone, Gridiron, Interceptor, Juke, Rush, Spike, and Strong Guard.

The NFL set seems to come with more than one special pickaxe. There is one pickaxe with a golden football that has a golden laurel around it, another that is a down box and chain set, and a third that is a yellow, Y-shaped football goal post. There is also a glider with a parachute made of the same material as a football.

A special Touchdown emote was also leaked and shows a player with the football in hand ready to throw it on the floor to celebrate their touchdown. There’s also a male and female referee outfits found within the game files to wrap up the football leaks.

Fortnite dataminers are frequently spot-on with their findings. Players should expect most of these items to be in-game soon. The NFL skins are confirmed for a Nov. 9 release.