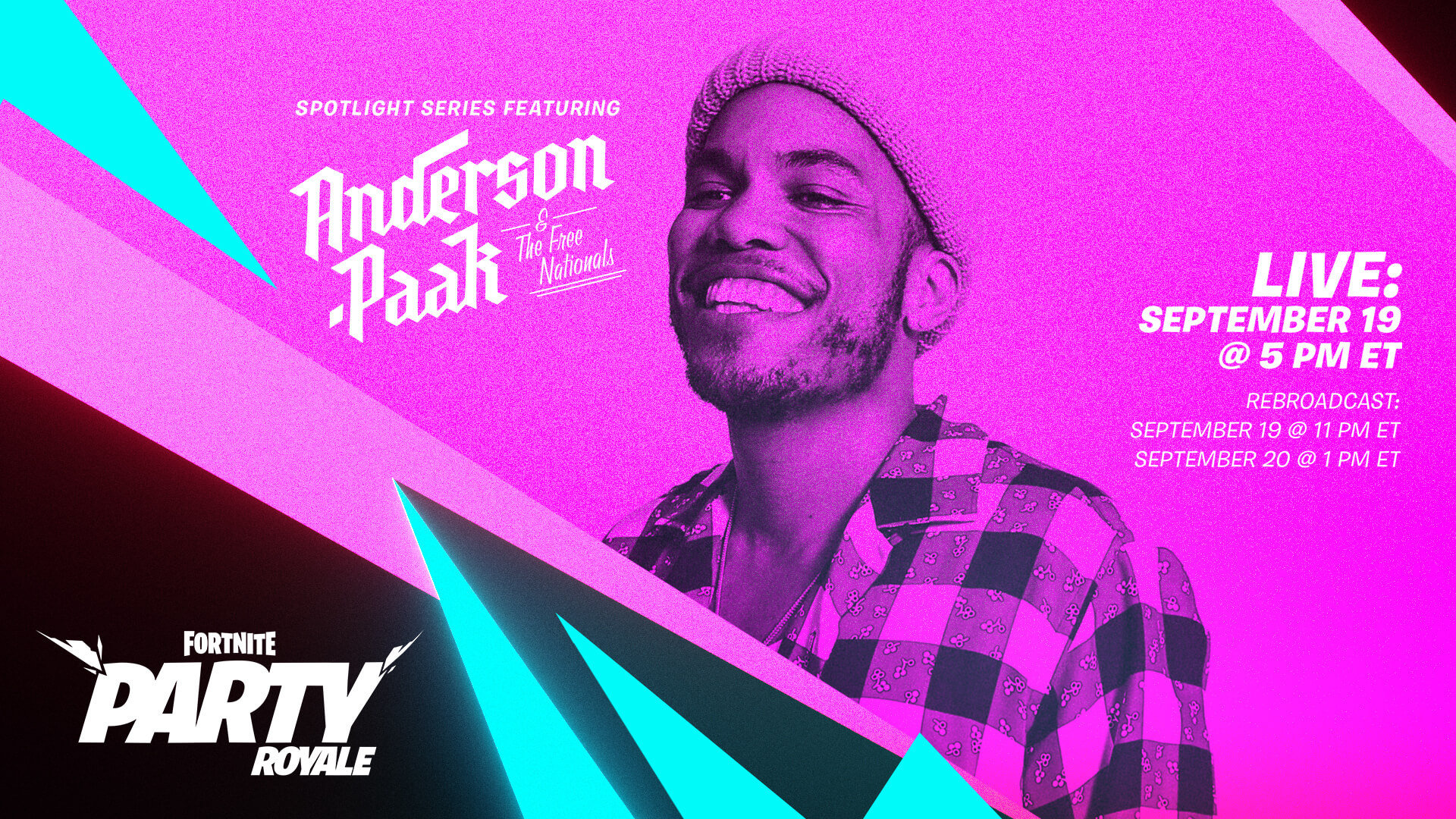 The next act of Fortnite’s Spotlight concert series will feature multiple Grammy winner Anderson .Paak on the Party Royale stage this weekend.

Anderson .Paak is an American rapper who known for releasing his Venice album in 2014. He’s won three Grammy Awards, including the 2019 “Best Rap Performance” for Bubblin, as well as “Best R&B Album” this year for his hit album, Ventura.

The first artist to perform in the Spotlight concert series was Dominic Fike. The series made its debut last Saturday, Sept. 12, from Fortnite‘s studio in Los Angeles. Epic hasn’t announced the artists who will perform in the next shows of the series.

To participate, follow these steps below to get into Fortnite’s Party Royale and watch a show at the Main Stage: