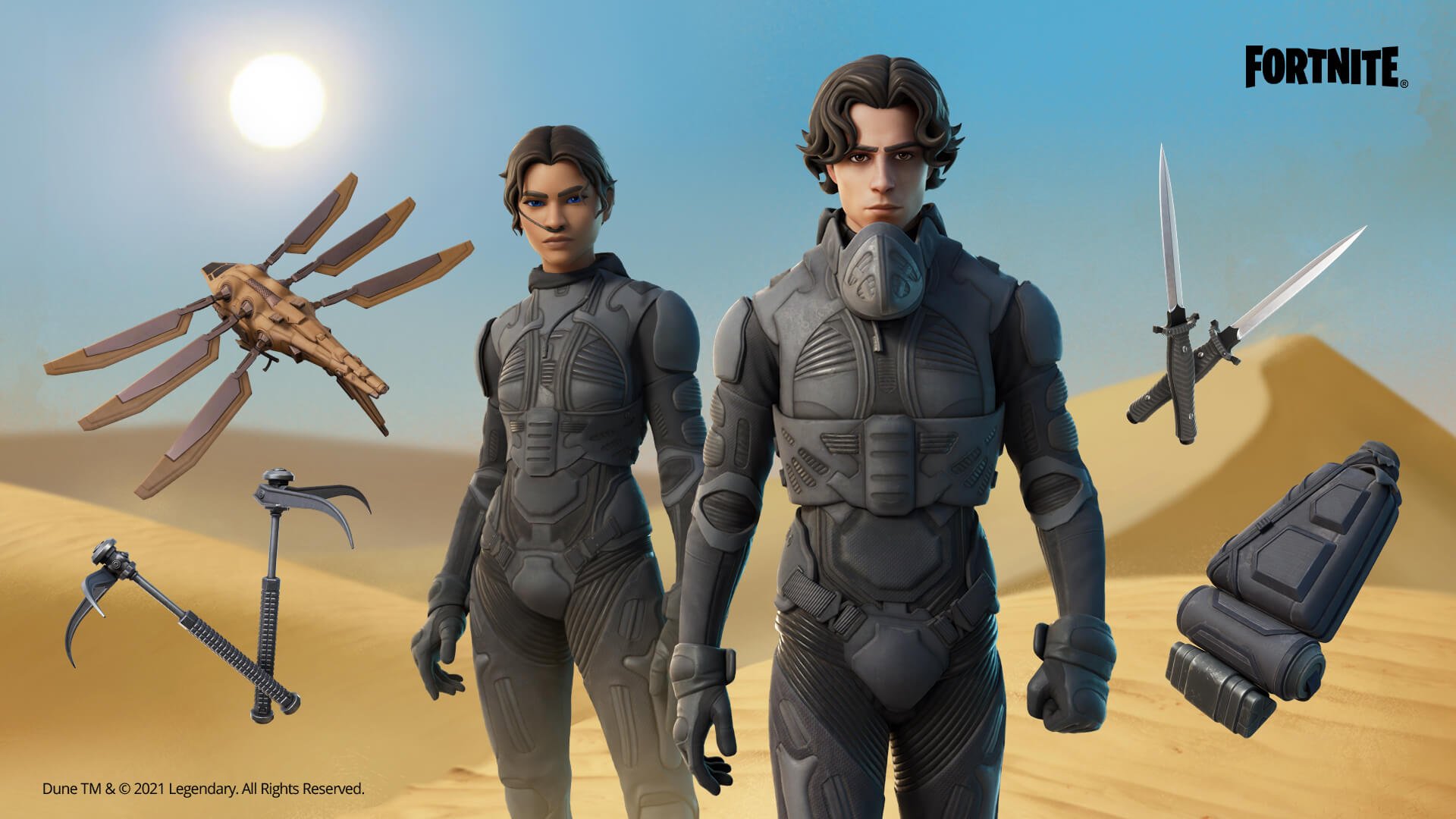 Epic Games has officially revealed the leaked Fortnite cosmetics from the upcoming sci-fi blockbuster film Dune, inspired by the 1965 novel and 1984 film of the same name. The new Dune is directed by Denis Villeneuve and stars Timothée Chalumet and Zendaya.

Chalamet and Zendaya are featured in Fortnite’s official announcement video for the Dune-inspired cosmetic items. “We’re excited to introduce you to Paul Atreides and Chani, who are travelling all the way from the planet Dune and are dropping into Fortnite today,” Chalamet said.

In the official press release for the partnership, Epic revealed the two skins and six accessories inspired by the new film. As expected, the skins resemble Chalamet’s and Zendaya’s characters, Paul and Chani. The Paul Atreides outfit comes with masked and unmasked versions, while the Chani outfit is only available in an unmasked version.

Players can choose to purchase the items individually or as a part of two bundles. The Dune bundle contains both skins, two back bling items, and a Stickworm loading screen that features the Paul Atreides and Chani skins in a desert landscape.

But this wouldn’t be a Fortnite partnership without a unique emote for players to show off. The Dune Gear Bundle includes two special pickaxes, a glider, and the Sand Walk emote.

While Dune fans will have to wait until Oct. 22 to see the new film, all of the Dune-inspired Fortnite items will be released tonight at 7pm CT.