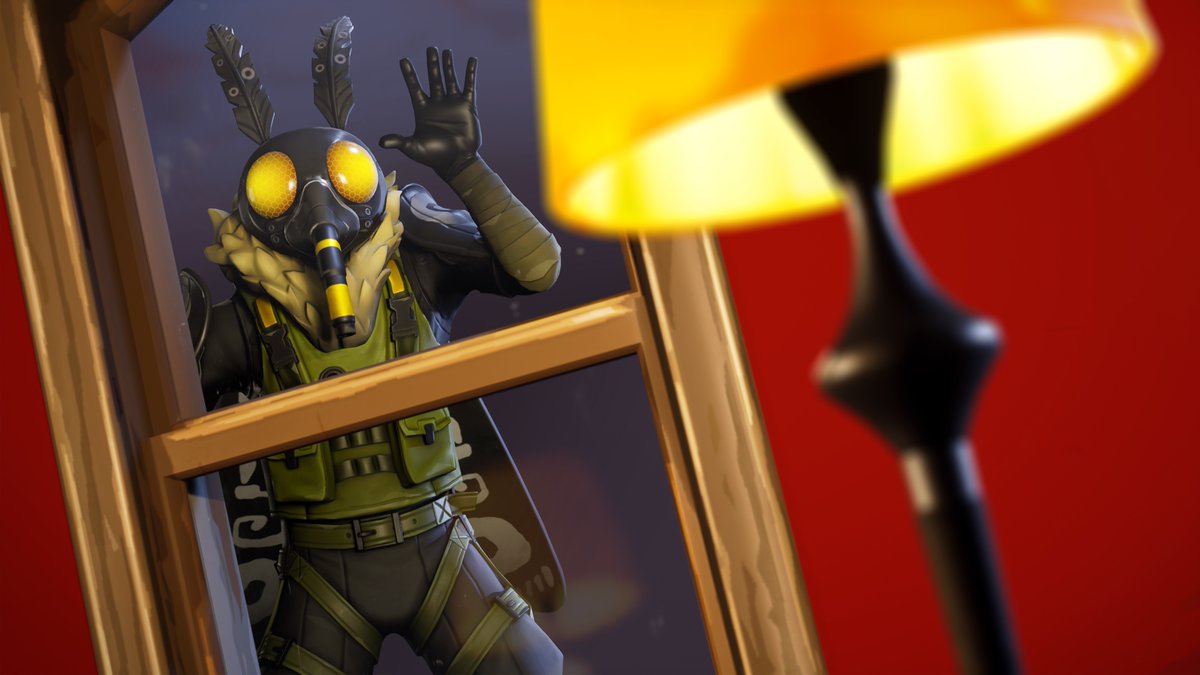 Fortnite developer Epic Games revealed the new cosmetic Moth Command Gear on its Twitter last night. The set features the Mothmando outfit, the Wingback back bling, the Flutterbug glider, and the Lamp pickaxe.

The only outfits dataminers found in the 6.31 game files were two Commando skins. The Lamp seemed disconnected from previous and upcoming cosmetics.

The release of an undiscovered outfit, glider, and back bling either means leakers failed to find them in the game files or Epic found a way to really hide upcoming cosmetic items. If the former is true, Epic might make the leakers’ current method of datamining obsolete.

Epic has been cracking down on Fortnite dataminers. Some were allegedly banned last month due to unauthorized use of the game, and some quit on their own to focus more on playing the game instead of risking their accounts to datamine and leak new information. Epic then allegedly got Fortnite dataminers banned on YouTube due to copyright infringement as a result of showing the company’s unreleased in-game content without its authorization.

With the Moth Command Gear out, players who like taking a peek at upcoming cosmetics through leaks might have to remember that future leaks might be incomplete. Players will have to wait for the next few weeks of Fortnite updates to know if the dataminers missing the Moth set was just a mishap or if Epic is succeeding at fighting their practices.