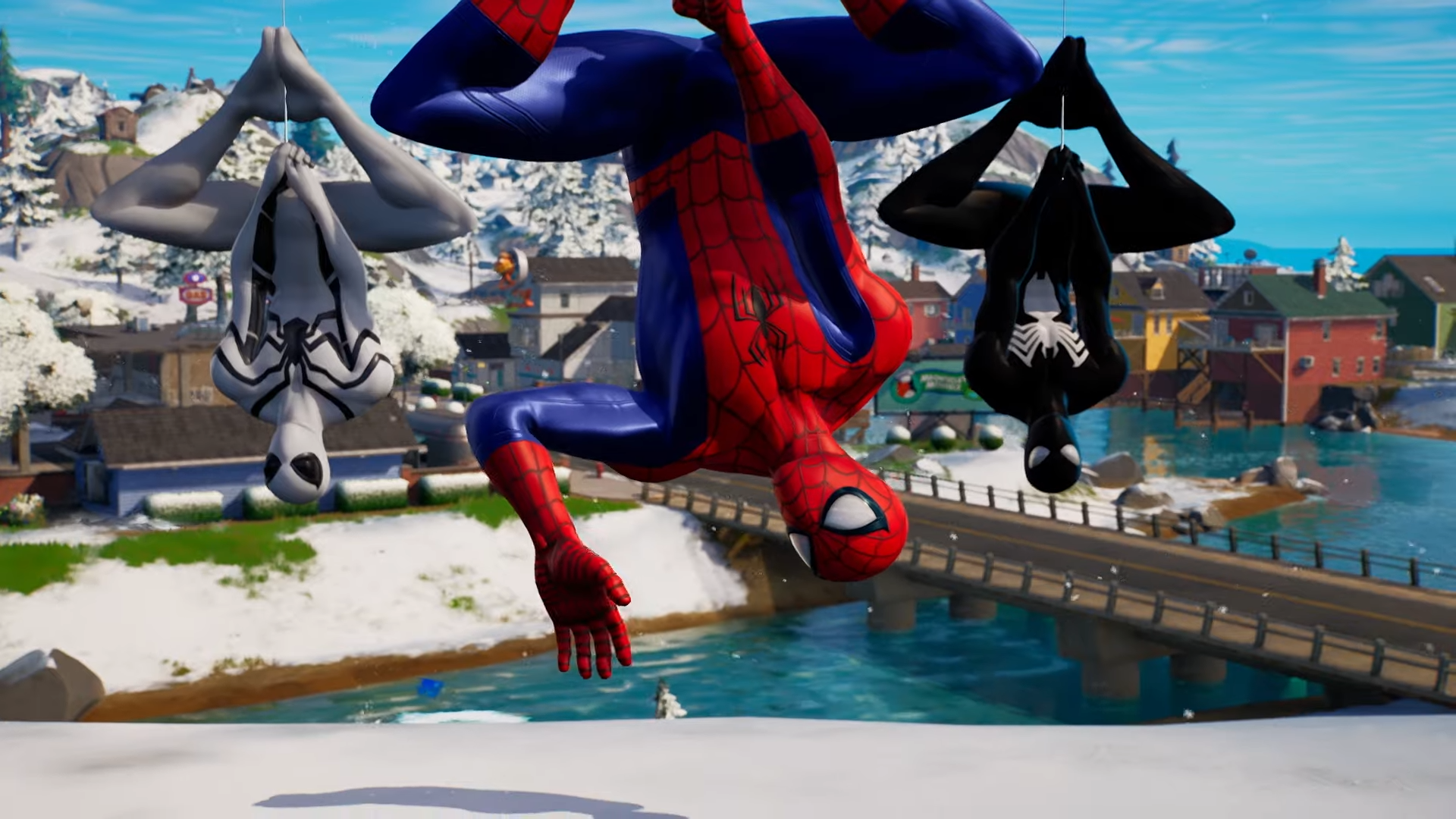 Fortnite has been the home for many superheroes from Marvel and DC Comics. However, the one name that kept coming up after the addition of multiple superheroes in the game was Spider-Man.

Fans wanted to see the famous Peter Parker in Fortnite, and developers delivered. Spider-Man is coming to the Fortnite Chapter Three Season one battle pass, along with the Symbiote Suit and a white suit that looks like his Future Foundation outfit. It may not be the end of choices for the character in the game, however.

In a recent blog post, Epic Games told fans to “look out for new Spideys (plus a few Friends and Foes) dropping into the Item Shop throughout the season,” hinting that players could see more iconic villains and Spider-Man characters arriving in the game throughout the season.

Related: How to get the Spider-Man outfit in Fortnite Chapter Three

Spider-Man’s Web-Shooters are the unique Mythic item this season, which costs 400 gold in Arena and allows the players to swing around the map. The item might be disabled from the Arena soon, but it makes for a great mobility tool in the game.