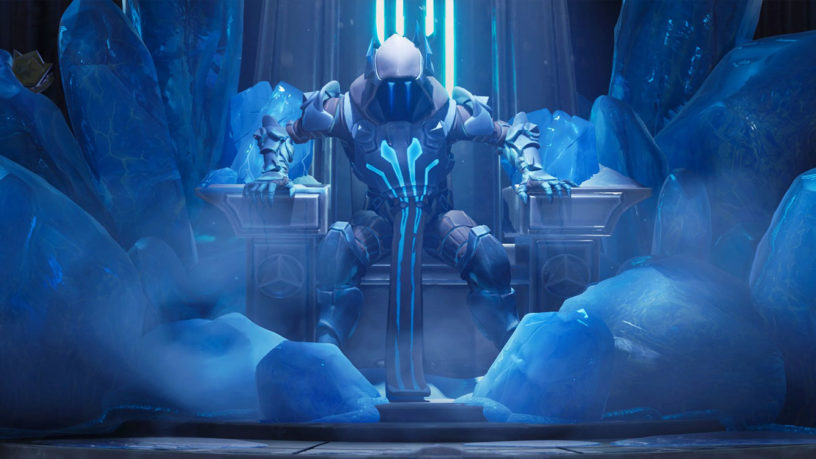 The latest update to Fortnite: Battle Royale went live earlier today—and it seems like one of the most interesting elements from season seven has vanished.

The mysterious dragon eggs found under the ice castle at Polar Peak have seemingly disappeared.

Leaker FortTory discovered five eggs in December. He apparently was able to see the silhouette of dragon-like creatures inside the eggs and promptly shared a video of his findings. FortTory even found a sound file with what seems to be heartbeats of the creature inside the egg.

But since then, not much else has been figured out about these mysterious eggs—and now, they're just gone. It's possible that Epic Games could be using these eggs as a way to expand Fortnite's lore heading into season eight—how cool would it be to see dragons randomly flying over the map?

If these eggs have hatched, it's possible that this could be related to a potential map change leaked by Lucas7yoshi. The well-known data miner leaked a picture of the Fortnite map this morning that made it look like Wailing Woods was burned. Maybe, in the future, the baby dragons that potentially hatched from the Polar Peak eggs will test out their fire-breathing abilities on Wailing Woods.

This is all hypothetical at this time, of course—but it would be pretty cool if dragons were somehow involved in Fortnite season eight.