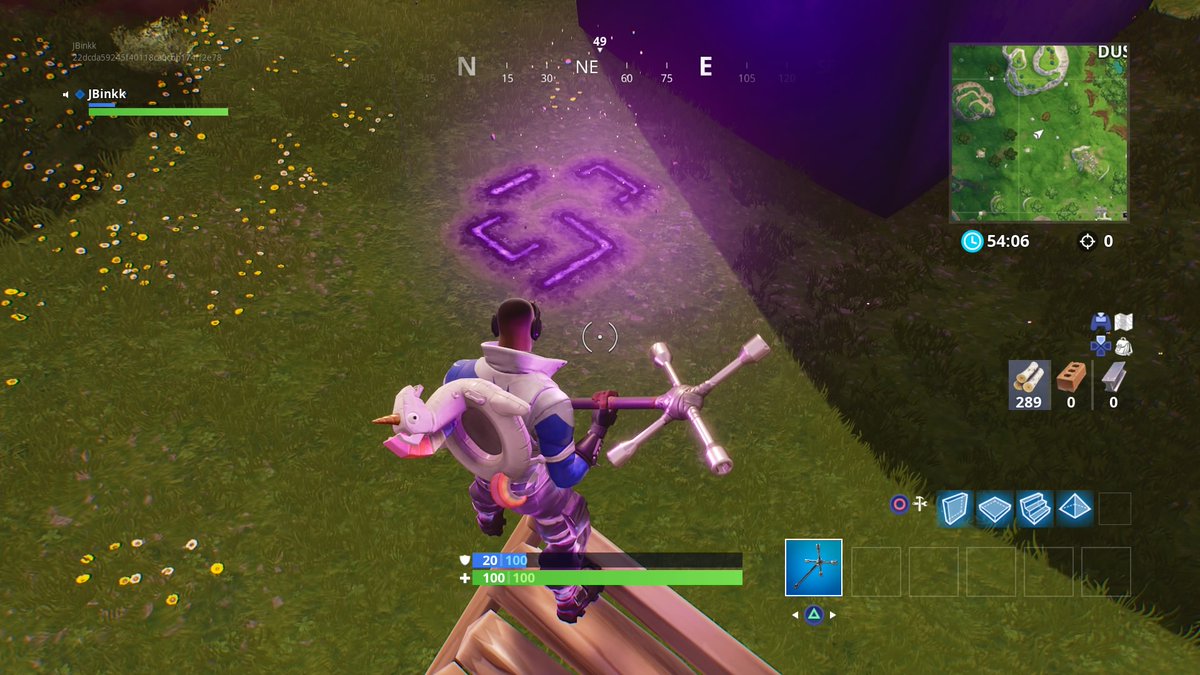 In a stunning revelation, the Fortnite cube has left another rune on the map, this time in between Tilted Towers and Dusty Divot.

This is the third rune burned into the ground by the cube since it started doing so last week, with speculation that it could happen at least four more times, leading up to an event that will end season five and kick off season six.

Interestingly enough, the third rune has been placed exactly where some mobile players guessed it would, thanks to some sleuth work. By lowering the game’s quality on mobile, the grass is marked where runes have been, and potentially, will be placed.

This rune behaves just like the others, so nothing is new on that front. All that’s certain at this point is that Epic Games is teasing some big happenings with the giant purple cube.

It’s anyone’s guess what could happen in the next few weeks. With update 5.40 set to hit the game tomorrow morning, it’s possible that we could know more in the coming days.