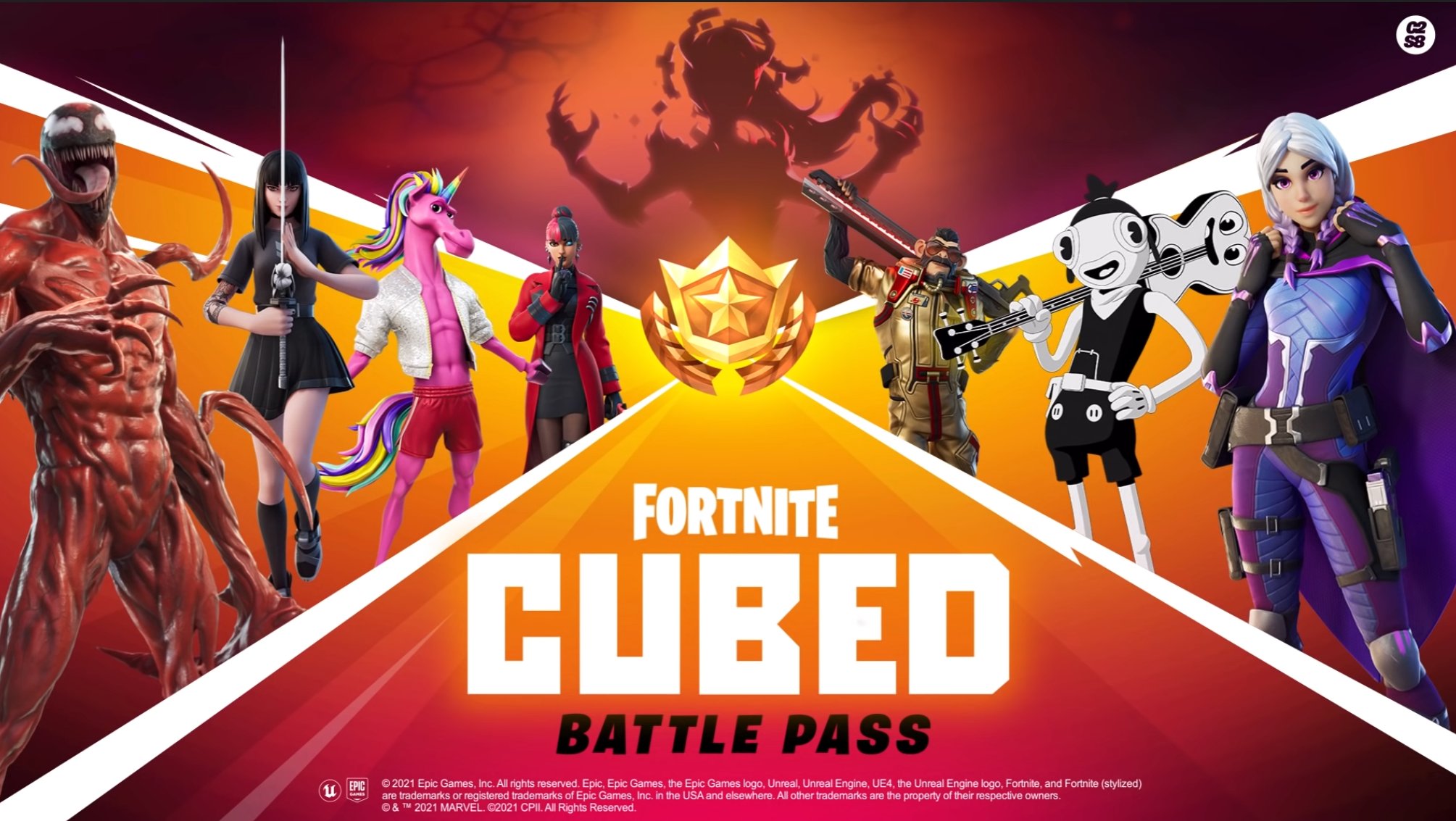 Along with the reappearance of Kevin the Cube for Fortnite‘s latest season, we also have had a look at some of the unique skins you’ll be able to earn during the season thanks to its Battle Pass trailer.

Chapter Two, season eight, Fortnite Cubed will feature one of Marvel’s fan-favorite villain’s Carnage, along with quite a few other unique characters to add to your collection.

The trailer showed four characters in the beginning, two of which had been teased previously with loading screens that were shared to promote the teaser trailer for the season. These included JB Chimpanski, Charlotte, along with a vintage animation style Fishstick called Toona Fish, and another female character named Torin.

Another character you’ll recognize from the Battle Pass trailer is the recently teased Human Unicorn hybrid Fabio Sparklemane, and later we see another female character named Kor. The final character on display is Carnage, who appears to have his own unique mythic ability that can be used in-game.

All of these characters have their own unique gliders that will be acquirable through the battle pass. As the trailer continues, it isn’t clear which other characters will become skins. But thanks to data miners’ quick work, we now know narrator U, and two variants of Doombot Agents will have skins as well.

Epic Games also revealed the story trailer for this season although, unlike other seasons, the battle pass trailer seems to provide more insight into what this season will be about.