Fortnite could get an Item Shop voting system, leak reveals

Players can vote every day. 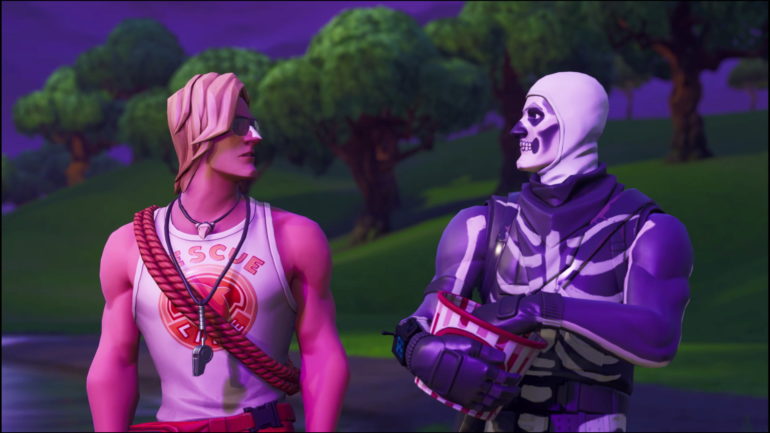 Fortnite: Battle Royale players might soon be able to choose which character skin or other cosmetic item is returning to the Item Shop, a data miner revealed today.

Lucas7yoshi shared screengrabs and text strings of what seems to be a voting system that players will be able to use to cast their votes. The messages he found hidden in the game files indicate that players can only vote once every 24 hours and that the most-voted item across the world will return to the Item Shop temporarily.

Lucas wrote that there’s no in-game footage of the system in the game files yet, but the cosmetic item that returns to the shop can be on sale due to it being the “community choice.” He also found one of the messages players should see when they use such a system:

“Here is your vote counter, you will gain one per day until the event is finished. It’s important to consume them before the event ending or you will lose them.”

If Epic Games brings a community vote system to the Item Shop, it won’t be the first time that the company resorted to players to make decisions related to Fortnite. At the end of season eight in May, the company created the Unvaulting event, which let anyone vote for the gun or item they wanted to see back in the game. Players had to choose one of six pillars that protected different items and try to break them collectively to release the item, and the Drum Gun was brought back as the community choice.

Since details about the Item Shop voting system are already in the Fortnite game files, it could mean that players will see it enabled anytime soon. It’s impossible to predict when or if Epic will add that to the game because it can always postpone or discontinue unreleased features. But if Epic’s internal tests are successful, it should release this voting system to all players soon.