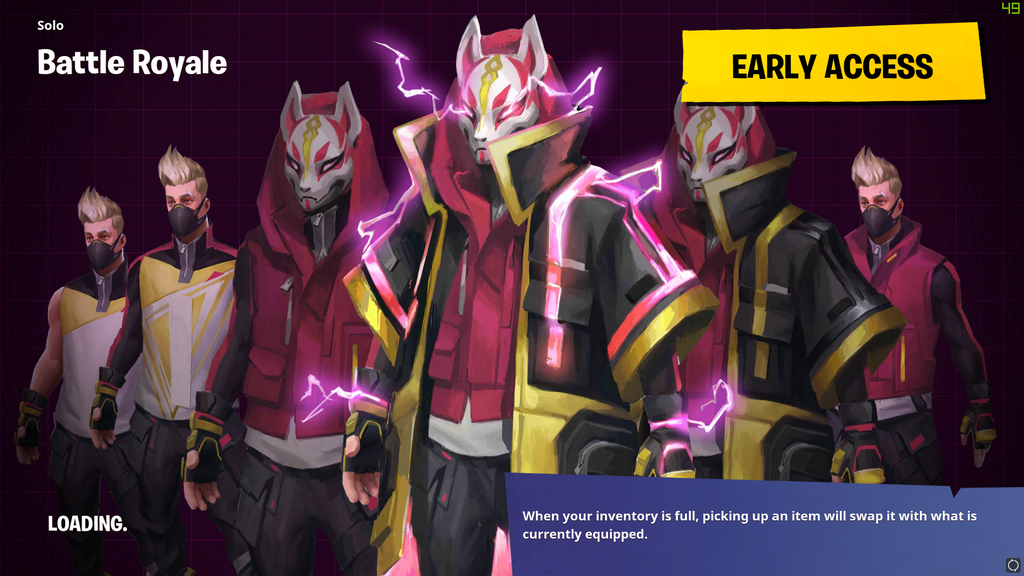 Fortnite: Battle Royale is getting a new set of toys just in time for the upcoming holiday season.

Starting Dec. 1, Fortnite toys will be available for purchase from certain retailers. It’s currently unclear which stores will be selling the game’s figures, but it seems that the Drift skin will certainly be one dropping onto shelves next month. Developer Epic Games teased fans with an image of a Drift skin still in its box on Twitter.

Related: Durrr Burger and Tomatohead war in Fortnite might be settled soon

These won’t be the first Fortnite figures to drop into stores and online shops, though. There are already Funko Pop! collectibles available for purchase on Amazon, GameStop, and the Funko website.

Skins that have already been made into Funko Pops include Moonwalker, Raptor, Tower Recon Specialist, Crackshot, Red-Nosed Raider, Codename Elf, Skull Trooper, Brite Bomber, Black Knight, Merry Marauder, and Love Ranger. It wouldn’t be surprising if these skins were also made into action figures as well, like the Drift skin.

Hopefully all these funky Fortnite figures won’t glide off of shelves too fast when the holiday shopping season begins.