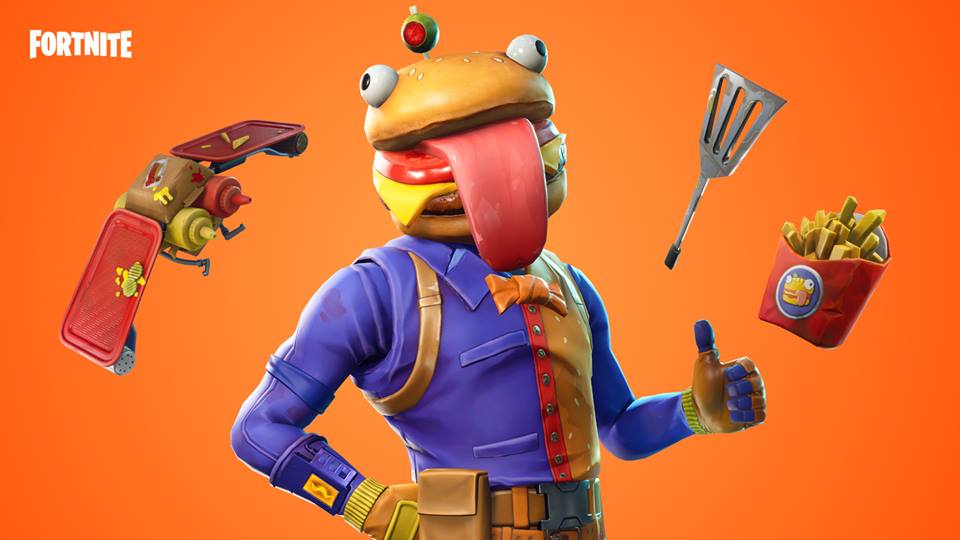 The main food joints in the game, Durrr Burger and Tomato Town, seem to be fighting over the best spots to recover their restaurants with food trucks. Both of them have parked their trucks in the soccer field area between Tilted Towers, Greasy Grove, and Snobby Shores.

Tomato Town was a point of interest in itself. It had two floors with a huge tomato head spinning on the top of the building, which anyone could see from miles away. But after it started being affected by the mysterious rifts, the restaurant and the area around it eventually became the Tomato Temple and stopped selling food to become a cult to Tomatohead.

Now both joints have food trucks parked in front of the soccer field, which could mean something will happen in that area soon. Leaked game files mention what could be a Durrr Burger named location, probably a small one like what Tomato Town used to be. But if that’s true, we still need to figure out what will happen to Tomatohead and their business, and we have no clues about this now.

As Fortnite players have been pointing out, game developer Epic Games seems to be teasing some kind of conflict between the characters Beef Boss and Tomatohead, asking players to pick one. It could be an in-game event, or maybe a new point of interest.

We still need to wait to figure out. Fortnite’s 6.30 update will likely hit the main servers early in the morning tomorrow, so we will either see the new developments of this war or its final settlement.