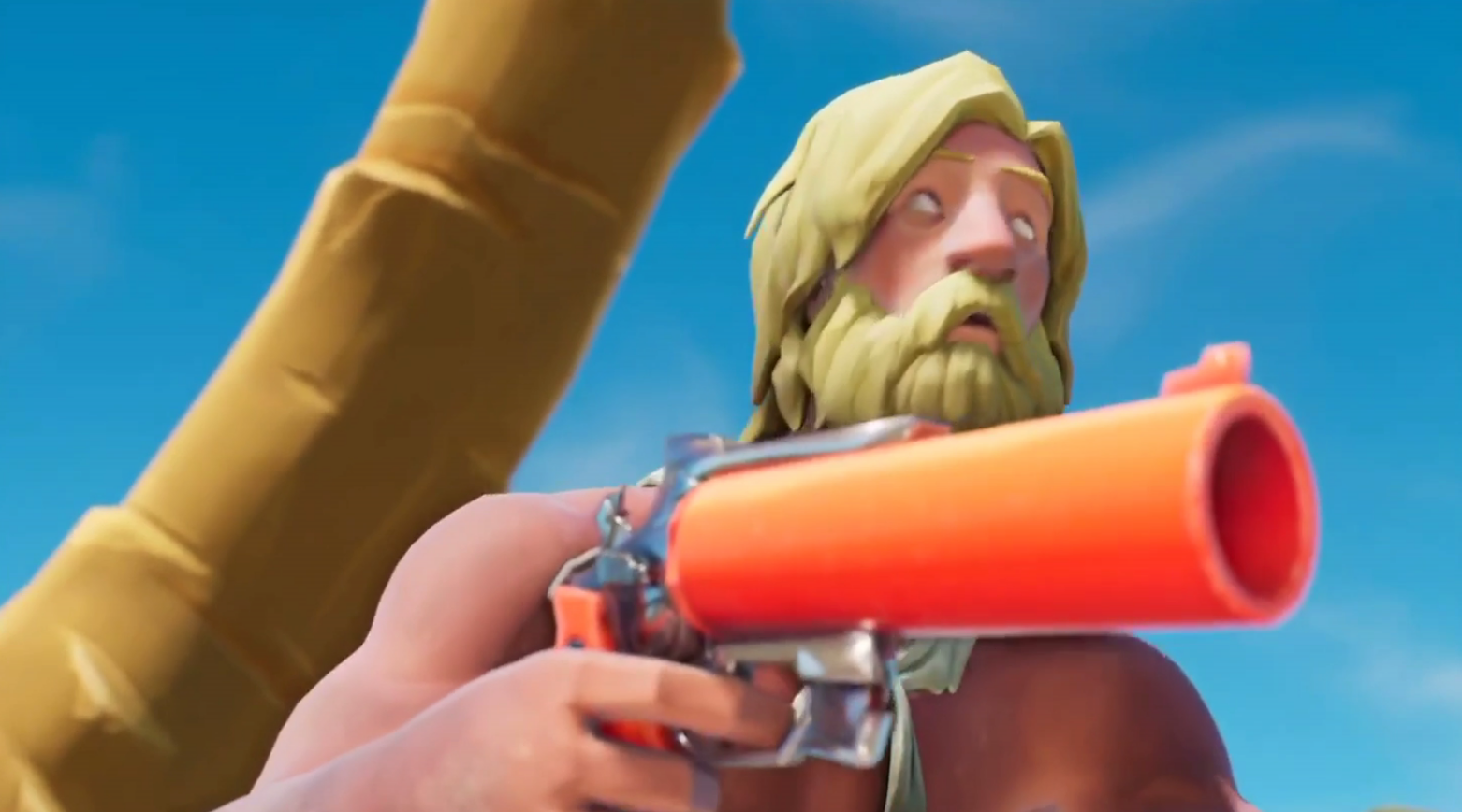 Epic Games seems to have teased a new weapon for Fortnite: Battle Royale during the Celebrity Pro-Am last weekend.

The company aired a trailer showing Fortnite character Jonesy stranded on an island. When he looks upward, he sees a Battle Bus flying over him. He opens a wooden box with “Flare Gun” written on it and shoots it toward the bus, hitting its balloon and making it drop into the sea.

This Flare Gun is a weapon that could be coming to the game, although Epic hasn’t said that directly. If it works as shown in the animation, it would probably allow players to hit the hot air balloons of Supply Drops to make them drop instantly. There are no clues in the trailer about how the Flare Gun would interact with players, though.

With the weapons available today in Fortnite, all players can do to make Supply Drops fall faster is shoot their balloons. But it takes a while since the balloon’s health is relatively high, and players usually spend two magazines of their rifles or more to make the box fall. With the Flare Gun, it seems that only one shot would pop the balloon.

If that’s how a Flare Gun would work in Fortnite, it would be weird since there are few Supply Drops every match and they spawn randomly across the island. A more useful take on it would be a gun that calls a Supply Drop once you shoot it, regardless of where you are. That would force the balloon to spawn where you shoot and give you the chance to get good loot once it falls.

These are only theories for now. The Flare Gun could just be a cool gun Epic made for that trailer. But if it’s really coming to Fortnite, that’s how we think it could work.