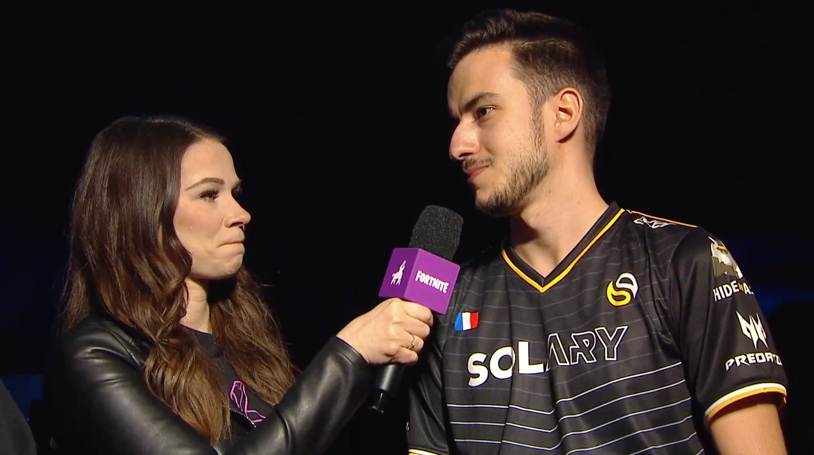 The Pro-Am tournament returned for the second year in a row, featuring 50 of Fortnite’s most popular personalities as they teamed up with a celebrity duo to earn money for their favorite charities. Among the biggest names playing in the tournament included Brandon Urie of Panic! At the Disco, Xavier Woods, and Dillon Francis.

Over the course of four duo matches, teams battled it out to earn points by racking up eliminations and landing in the top 15 of each match. At the end of every round, points were awarded based on the following placements:

The tournament kicked off with game one, in which Airwaks and his celebrity partner RL Grime managed to take down Turner “Tfue” Tenney and NBA player Josh Hart to secure the first match.

Game two came down to a final showdown between Aydan Conrad and Team Envy’s BuckeFPS. Aydan managed to take out Bucke’s shield, forcing his opponent outside of the ring where he died to the storm. With their win, Aydan and his duo partner Robert Abisi of Lost Kings moved up to first on the leaderboard.

Round three ended in a standoff between FaZe's Jarvis Kaye, Airwaks, and Andre "Typical Gamer" Rebelo. Airwaks was the first to drop, followed by Jarvis after Typical Gamer jumped out of the player-wide circle and landed a round-winning shot on his opponent, bumping his team up to seventh place in the overall standings.

The final round of the tournament came down to the wire with a one-vs-one between Aydan and NRG Esports’ Mason "Symfuhny" Lanier. Aydan took the high ground, but Symfuhny destroyed the structure, causing his opponent to fall to his death.

Here are the top 10 placings for the 2019 Fortnite Celebrity Pro-Am tournament: