The mystery surrounding the cars that were teased last month in Fortnite Patch 13.20 continued to develop today.

Chapter Two, season three’s reveal video featured players chasing each other in new types of vehicles, but players couldn’t drive them at the time. While Fortnite data miners were hinting at a potential July 21 release date for the cars, Epic Games recalled many of the vehicles in Patch 13.30.

Epic didn’t issue a statement regarding the change and the above patch notes were only emailed to content creators. The notes simply say “No Sweat [Insurance] is investigating auto coverage. Until then, many of the island’s vehicles have been recalled.”

This may mean that Epic found a last-minute bug with the cars that it wants to fix so they don’t adversely affect the player experience, or the vehicles simply might not be ready for a full release.

For the time being, however, there will be fewer cars around the map, which could increase the value and rarity of metal as a building material. 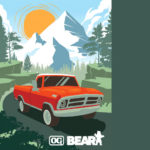 Though we don’t know how long an “insurance investigation” can take in the Fortnite world, it may be significantly faster than you’d expect. Another Fortnite data miner shared a picture of the potential week six challenges, which feature a mission that requires players to go to a gas station in Catty Corner and fuel up their vehicle.

The week six challenges should hit the live servers on July 23, which means that either Epic will replace this data-mined challenge or have the cars ready to return by then.