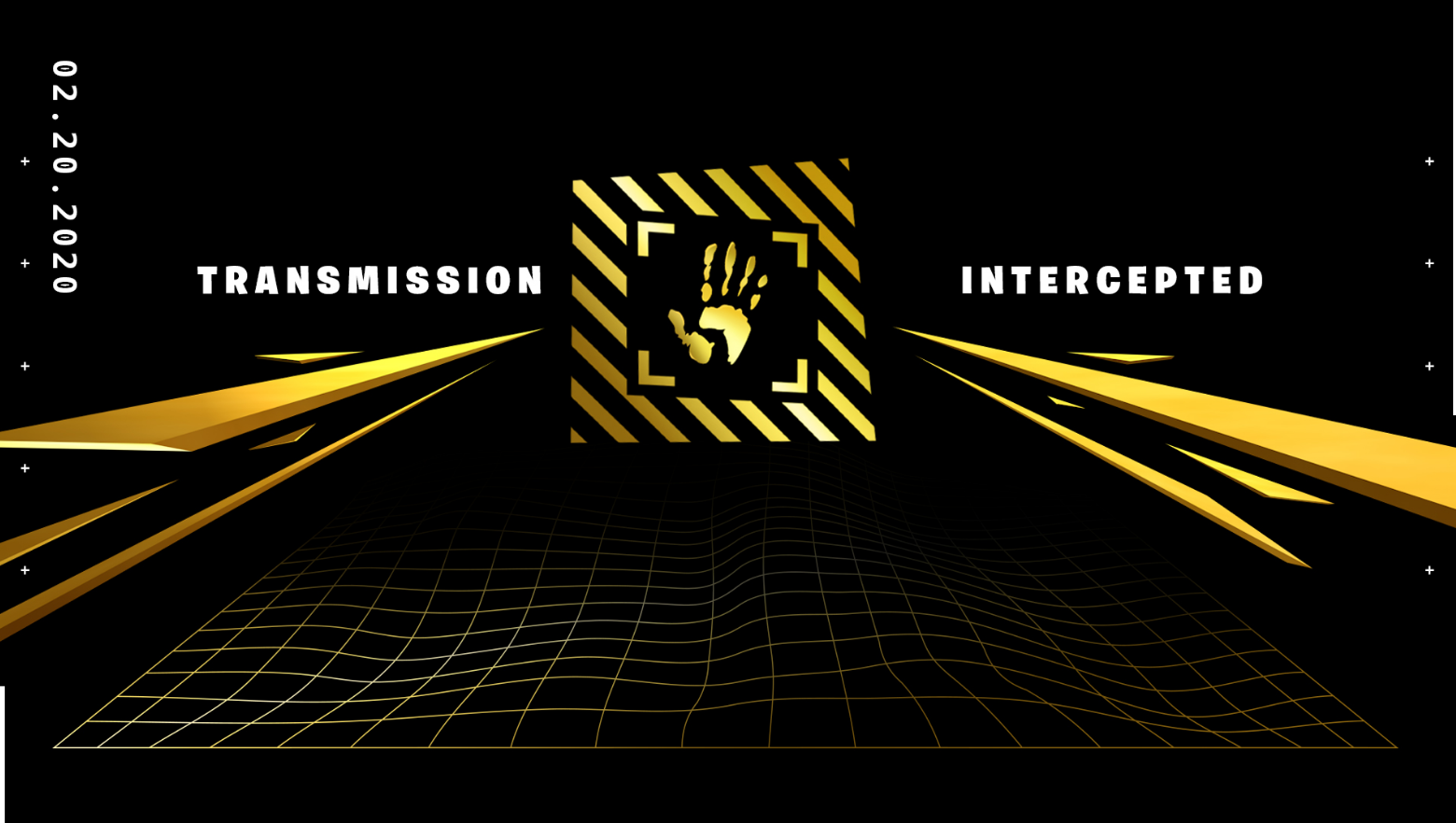 The tweet only says “Transmission Intercepted” and has a simple image to go along with it, featuring a gold color scheme, a handprint, and the launch date of season two, which is Feb. 20, 2020.

Over the weekend, video teasers started to appear on billboards around the world in places like Japan and Brazil. The video boards eventually showed a phone number that, when called, featured cryptic messages.

The cryptic messages didn’t say much, but they had mention of agents and access to a safe. Whatever Epic is teasing, it seems to have to do with Chapter Two, season two’s theme.

As has been the case with many Fortnite seasons past, Epic will continue to post teasers for the new season throughout the week, leading up to its release early Thursday morning.

There should be at least two more teasers posted on Twitter on Tuesday and Wednesday, but even more are possible, especially considering the video ads that have been posted out in the wild around the world.

Fortnite Chapter Two, season two is set to begin on Feb. 20. The exact start time of the new season hasn’t been revealed yet, however.