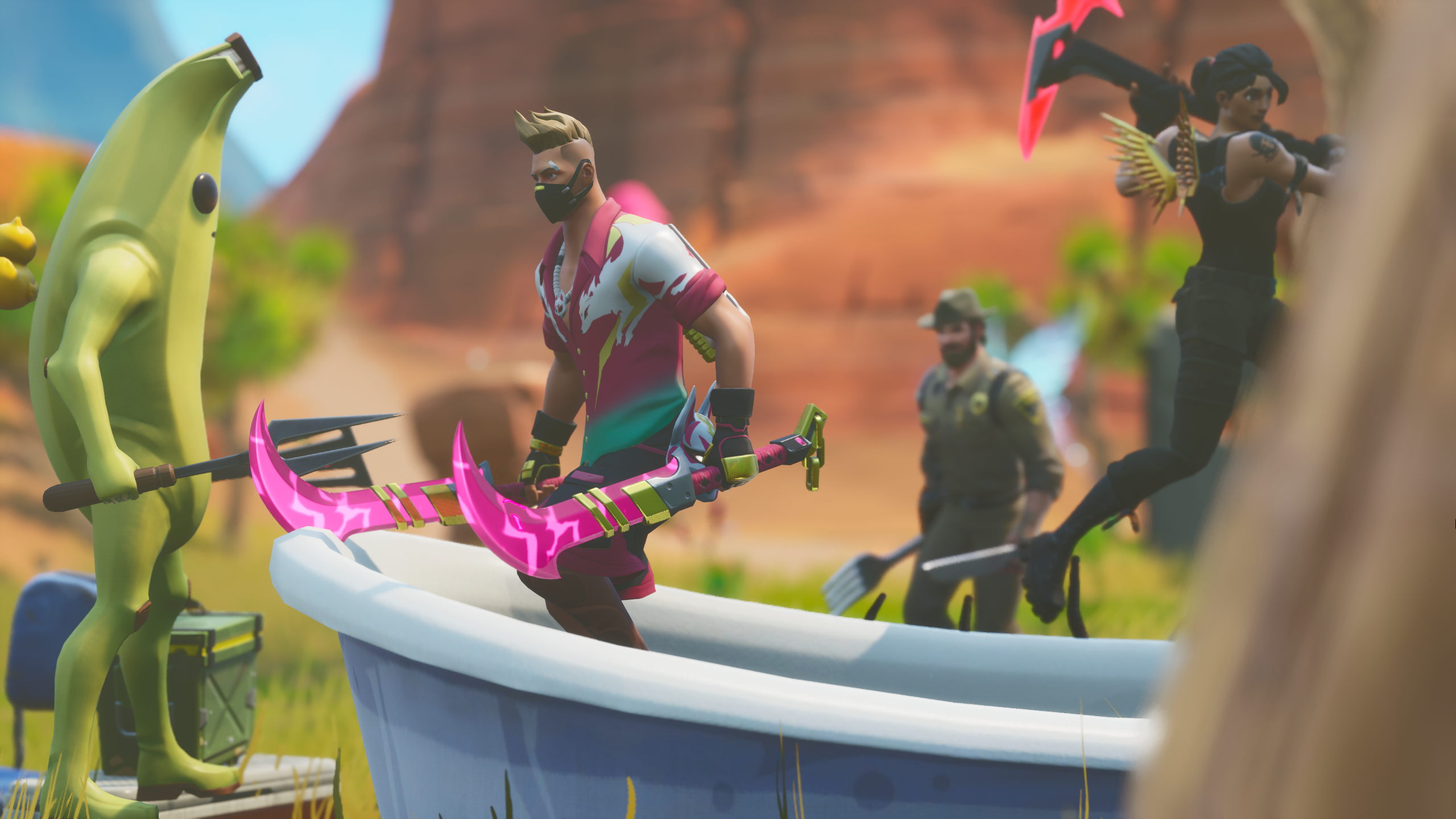 Today’s challenge for the 14 Days of Summer event in Fortnite: Battle Royale is quite unique. Players who want to complete the challenge have to find and search a tiny rubber ducky, which can be spotted in a specific part of the map.

The tiny rubber ducky can be located in an unmarked area close to Paradise Palms and all players have to do is go to this point-of-interest and hold the interact button on the duck in a bathtub. But since the challenge was released, fans have been reporting difficulties collecting the rubber ducky.

As it turns out, multiple fans claim that the challenge is only available to one player per Fortnite match. This means that once it’s been searched, the duck disappears and can’t be collected by another player. Other reports claim that the duck stays visible but searching it won’t complete the challenge.

Many fans initially suspected that the difficulties were a result of a bug. This wouldn’t be the first challenge devastated by a bug. But it turns out that making the duck limited to one player per match was intented from the beginning.

Epic Games responded to fans’ anger on its official Fortnite social media accounts, claiming that the challenge was “harder than intended.” The company is “working towards a fix in a couple days.”

Until then, the main temporary solution seems to be attempting the challenge in a Team Rumble or Surfin’ LTM match. You could also just keep trying in default playlists and hope to get lucky in one of them. Either way, it seems that Epic is fully aware of the problem.