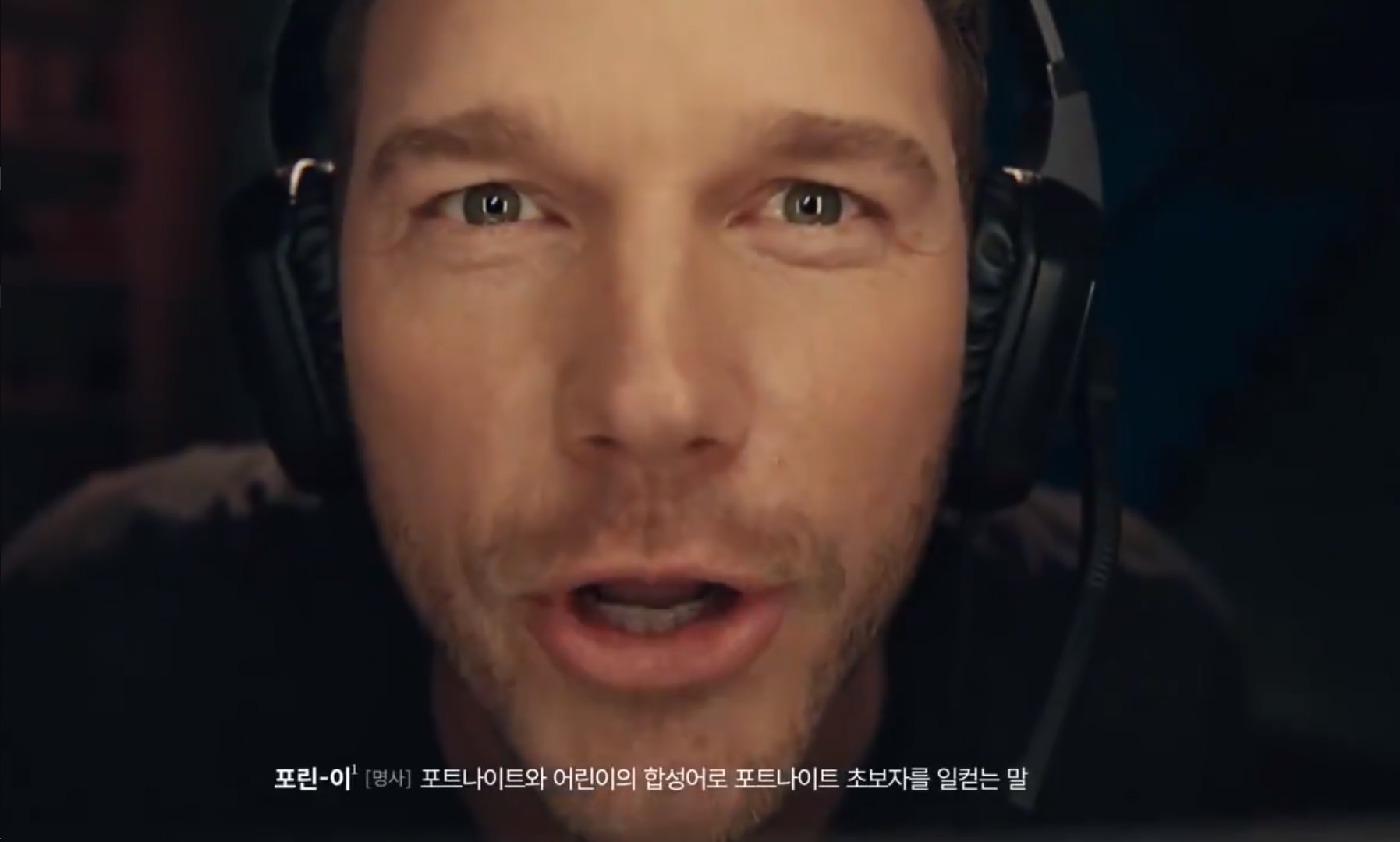 Epic Games, publisher of the hit game Fortnite, is trying to expand its audience to international shores. In that effort, there’s no better market than Korea, where players frequent PC Bangs to game for hours at a time. That’s why Korea is considered a mecca for serious gamers all over the world.

But Epic is turning things over to another international star in their pitch to Korean fans: Chris Pratt. The leader of the Guardians of the Galaxy is apparently the right guy to bring Fortnite into Korea.

In a hilarious TV spot, Pratt mocks Korea for just now getting the game. His face is plastered all over the screens in a PC Bang, taunting the local audience. And it’s not just digital either—Pratt posters for Fortnite are all over the streets in Korea, too. Who knew that he was such a recognizable star?

If Pratt is successful, he could have a big challenge on his hands. Fortnite launched in China, the world’s biggest video game market, earlier this year. But as of the summer, it hadn’t quite taken off yet like it has in the west. If Epic’s Korean ad campaign works, maybe Star-Lord will head to China next.