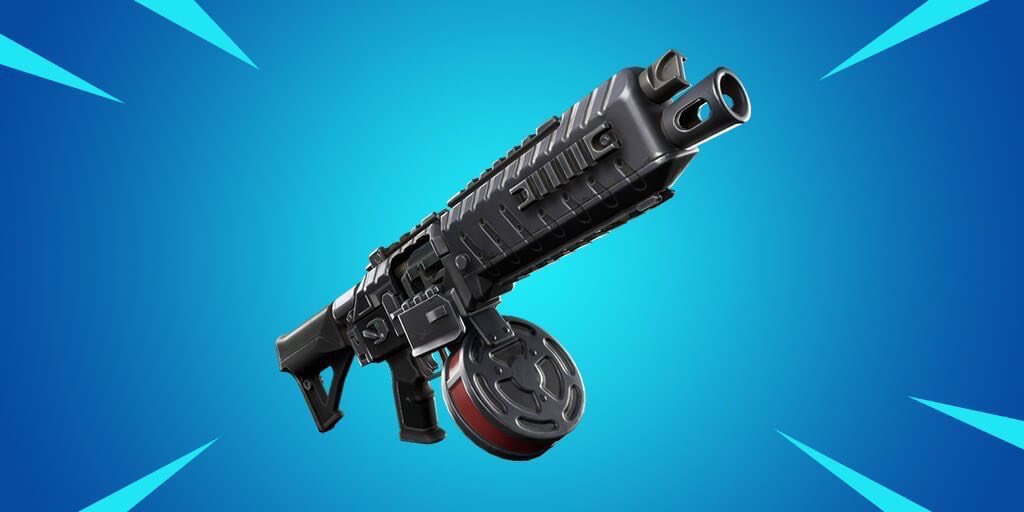 This week, players will be getting a second content update for Fortnite: Battle Royale’s v9.30 patch. While details are still scarce on the contents, the developer has revealed that fans will be able to get their hands on a new shotgun.

Last month, data miners found files that showcased a Drum Shotgun that could be coming to the game. And Epic Games confirmed its upcoming addition through the in-game message of the day on Monday.

The gun will include 12 shots inside one drum magazine, making it a possible contender in the current Fortnite meta. There are three shotguns in the game right now: the Combat Shotgun, Pump Shotgun, and Tactical Shotgun.

To make room for the Drum Shotgun in the loot pool, players will likely see the removal of one of these three shotguns. If not, then the game will have four shotguns to find around the map, even though a majority of kills worldwide are a result of shotguns. This weapon class is dominating the Fortnite scene at the moment.

The damage of the weapon is lower than the Combat Shotgun, but due to the fire rate and clip size, it’ll likely be equally or more devastating to the current meta. The Drum Shotgun is expected to drop into Fortnite on either Tuesday or Wednesday this week with v9.30 Content Update #2.