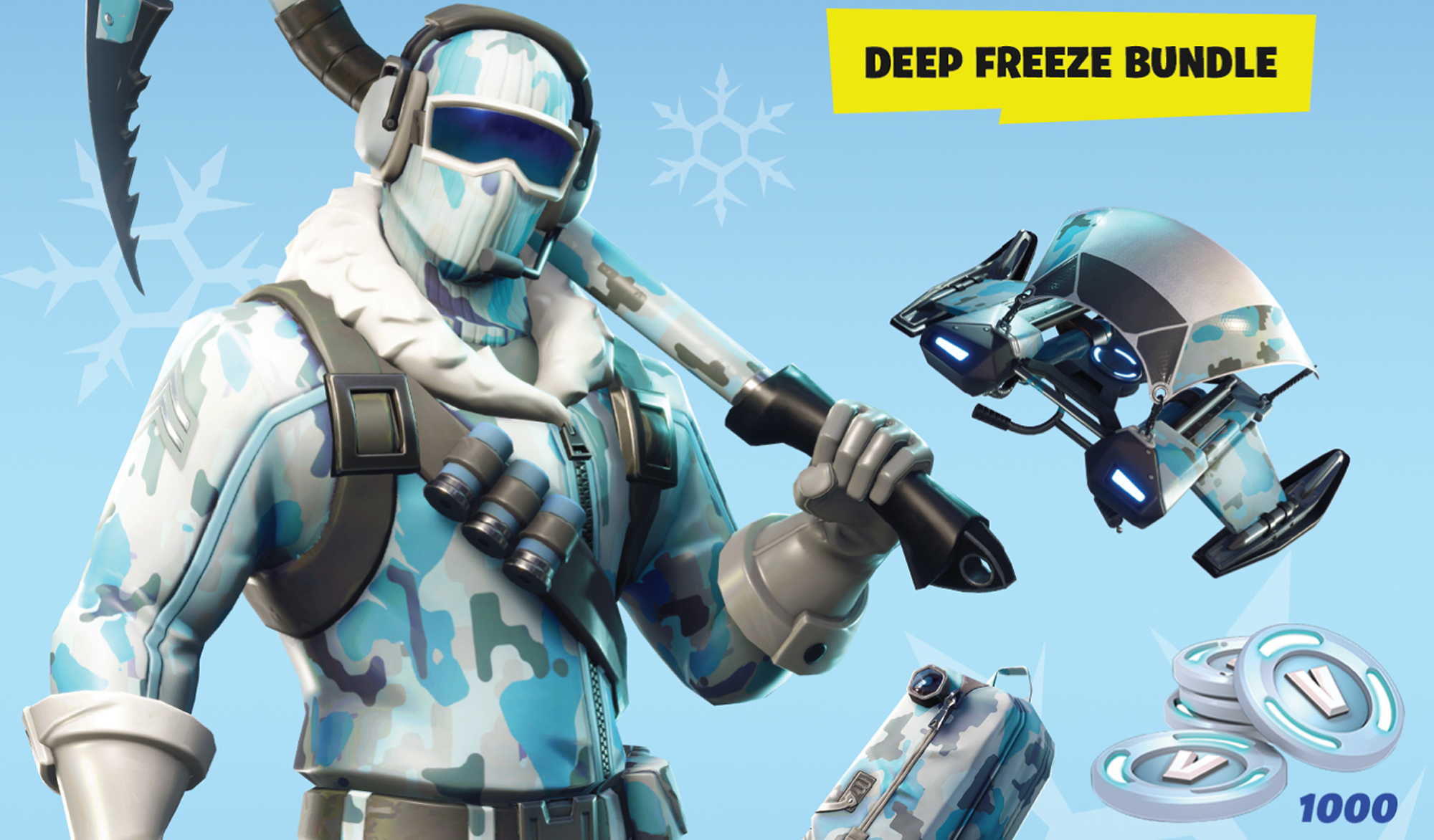 Fortnite’s Deep Freeze Bundle is already available for console players in some regions.

Players in Australia and Europe have reported being able to see the bundle in-game for $45 Australian or €29.99 euros. The online PlayStation Stores in New Zealand, Australia, and the UK also made the bundle available today. Other PlayStation stores around the world, including in the US, don’t have the bundle yet.

Nintendo UK announced that the Deep Freeze Bundle is already out for players on the Nintendo Switch on eShop.

The Deep Freeze Bundle was only supposed to be out with the first-ever retail release of Fortnite: Battle Royale for PlayStation 4, Xbox One, and Nintendo Switch on Nov. 16. This seems to be a planned early release by Fortnite developer Epic Games for console players.

The bundle will be given to players who buy that version since Battle Royale is free in all platforms. It comes with 1,000 V-Bucks, the Frostbit outfit, the Freezing Point back bling, the Chill-axe pickaxe, and the Cold Front glider.

It was previously unclear if players who didn’t buy the retail version would be able to get the Deep Freeze bundle, but apparently they will for the same price. Players who can already see it in-game reported it’s in the V-Bucks store tab, along with the newly-added Summit Striker starter pack.

PC players can also get the Deep Freeze bundle, Epic told Dot Esports. THis is not a packs exclusive to console owners like the PlayStation’s Celebration Pack.

PC players can also unlock the bundle if they buy it on another platform with the same account. Cosmetic items can be used in all platforms once you unlock them.

The availability limitation by region is another issue. Epic may be releasing the bundle at a certain time in every region, which would make New Zealand and Australia the first regions to see it, followed by Europe and Americas later.

Update Nov. 13 at 09:23 am CT: Epic Games clarified to Dot Esports that the Deep Freeze Bundle is also available for purchase for Fortnite PC players.