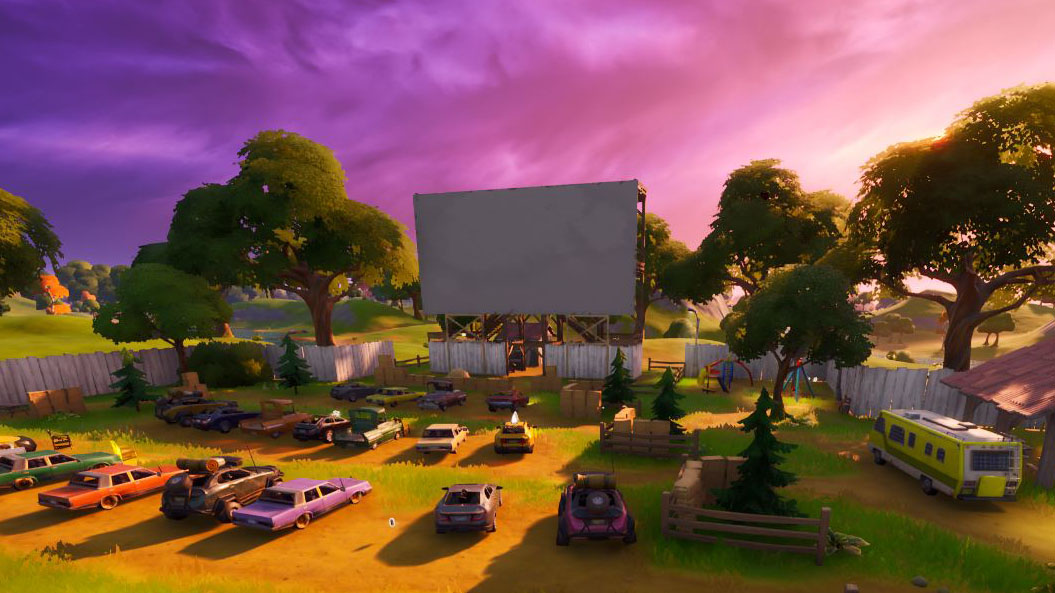 Risky Reels is officially under construction in Fortnite Chapter Two, season one. Excavation and crane vehicles started arriving at the POI today.

On Nov. 20, players uncovered a leak that revealed that Risky Reels would be undergoing construction to possibly begin the next Fortnite Chapter Two in-game event.

The first announcement of construction vehicles arriving in Risky Reels was reported by FortniteBR on Twitter earlier today.

Since excavation began, there’s an orange crane that’s positioning to remove some of the cars in the projection movie theater parking lot. A yellow crane using a high-powered magnet is relocating a vehicle.

Players will also notice a green tuck packed with four cars sitting in its bed. It seems like the construction vehicles will be removing cars and trucks from the parking lot to make room for a new addition.

There haven’t been any major events in Fortnite Chapter Two, season one, so this could be the start of the latest in-game event.

Fortnite data miner Lucas7Yoshi posted on Dec. 4 that he found the codename that Epic Games has been using to disguise the Risky Reels event from fans, naming it “Galileo.”

Galileo Galilei was an Italian astronomer and physicist, so it’s possible that the rumored upcoming event might take place in the sky.

With Christmas around the corner, maybe Epic will host a party in Risky Reels with a sky show full of fireworks? Fortnite fans will probably have to wait a bit to find out what the developer has up its sleeves.