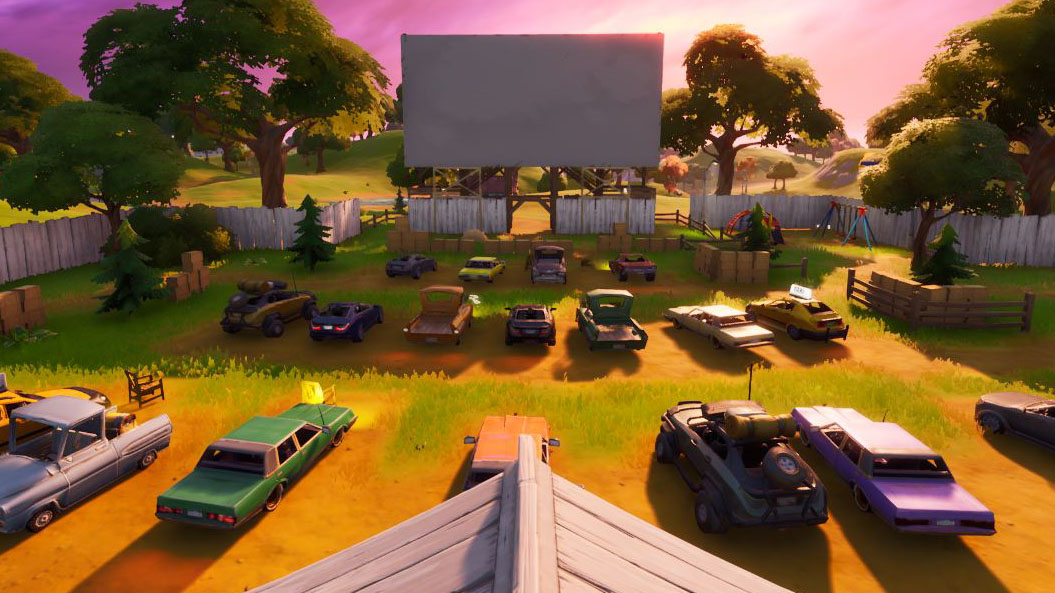 Two Fortnite data miners were able to uncover textures today that revealed the area that resembles Risky Reels in Chapter Two, season one could be getting a makeover.

When the v11.20 update dropped earlier today, data miners HypeX and FortTory were able to dig into the files to find potential hints at upcoming location changes, items, and more.

HypeX was the first to post about the leak, showing three different images where the cars inside the area that resembles Risky Reels might move out of the way to make room for a construction crane.

The data miner posted a picture of the construction crane, too. HypeX speculated that the vehicle could be used to change the projection screen.

Risky Reels first appeared in Fortnite in the original fourth season. Since then, the location is now an unmarked area in Chapter Two, season one next to Frenzy Farm.

A time or date for when construction might begin on Frenzy Farms hasn’t been released yet.