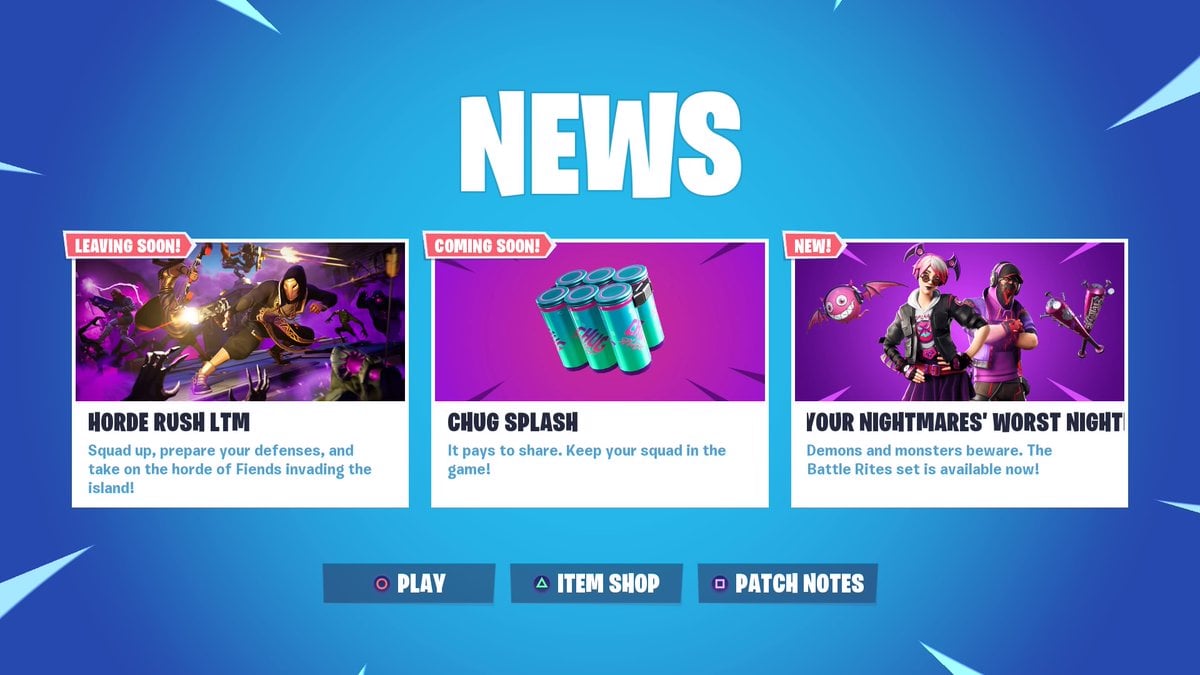 Ahead of Fortnite’s v9.30 update, Epic Games has confirmed the “Chug Splash” will be coming soon to the game via the daily news update.

Earlier in the day, Epic said a “refreshing new beverage” would make its way into the game during tomorrow’s update, making it one of the first teases for v9.30. With the timing of the teaser and the “coming soon” announcement, it’s all but confirmed the Chug Splash will arrive tomorrow.

“It pays to share. Keep your squad in the game,” the in-game description of Chug Splash reads. The image shows a six-pack of Chug, which likely means Chug Splash can be stacked to six bottles and can be used one-by-one by players and their teammates.

This would be the fifth liquid consumable healing item in Fortnite: Battle Royale, joining the small and large shield potions, Slurp Juice, and Chug Jug, the latter of which restores full health and shield after a 15-second use time. It’s likely Chug Splash will give less health and shield back than a Chug Jug does, but in turn, it will take less time to consume.