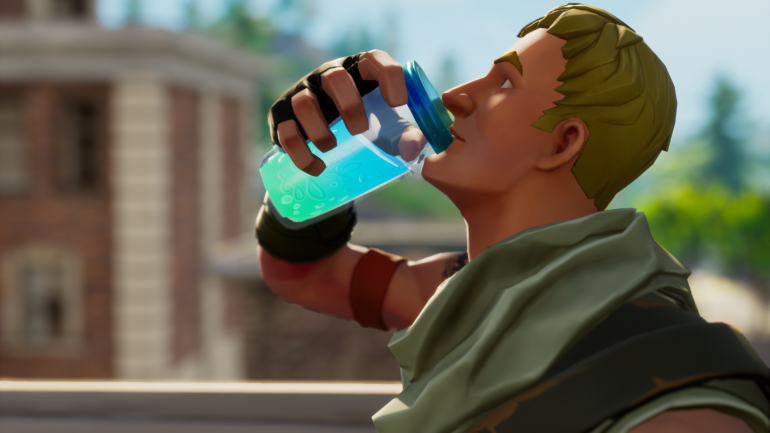 Epic Games has confirmed that the upcoming v9.30 update for Fortnite will drop for all players on June 18.

The new patch for the game is scheduled to be released tomorrow at 3am CT after a period of downtime for server maintenance.

A roadmap for future Fortnite updates indicated that v9.30 will host three content updates in the coming weeks, which brings forward the possibility that this patch’s download may be larger than usual to account for three weeks worth of content.

The length of the downtime for v9.30 is unknown, but previous downloadable Fortnite updates have ranged from one to two hours. Awkwardly, fans don’t yet know what this update will bring.

The v9.30 update is actually one of the most mysterious patches in a while since Epic Games has not yet teased or announced any upcoming items or weapon changes. Our only hint at what could be under the spotlight tomorrow is a tweet from Epic confirming the date and time of the update.

From the sounds of a beverage, it seems we might get a brand-new consumable similar to a slurp juice or a shield potion. But data miner Lucas7yoshi told Dot Esports that two unexplained leaks in the files are codenamed “ChillBronco” and “WaterBuffalo.”

Of course, it’s speculation as to whether we’ll actually see either of those mean anything in regards to tomorrow’s new Fortnite item, but it’s definitely something to consider.

We’ll likely see the brand-new item being announced in the in-game Message of the Day when the Item Shop resets, but that isn’t guaranteed. The mystery may continue until tomorrow at 3am CT.