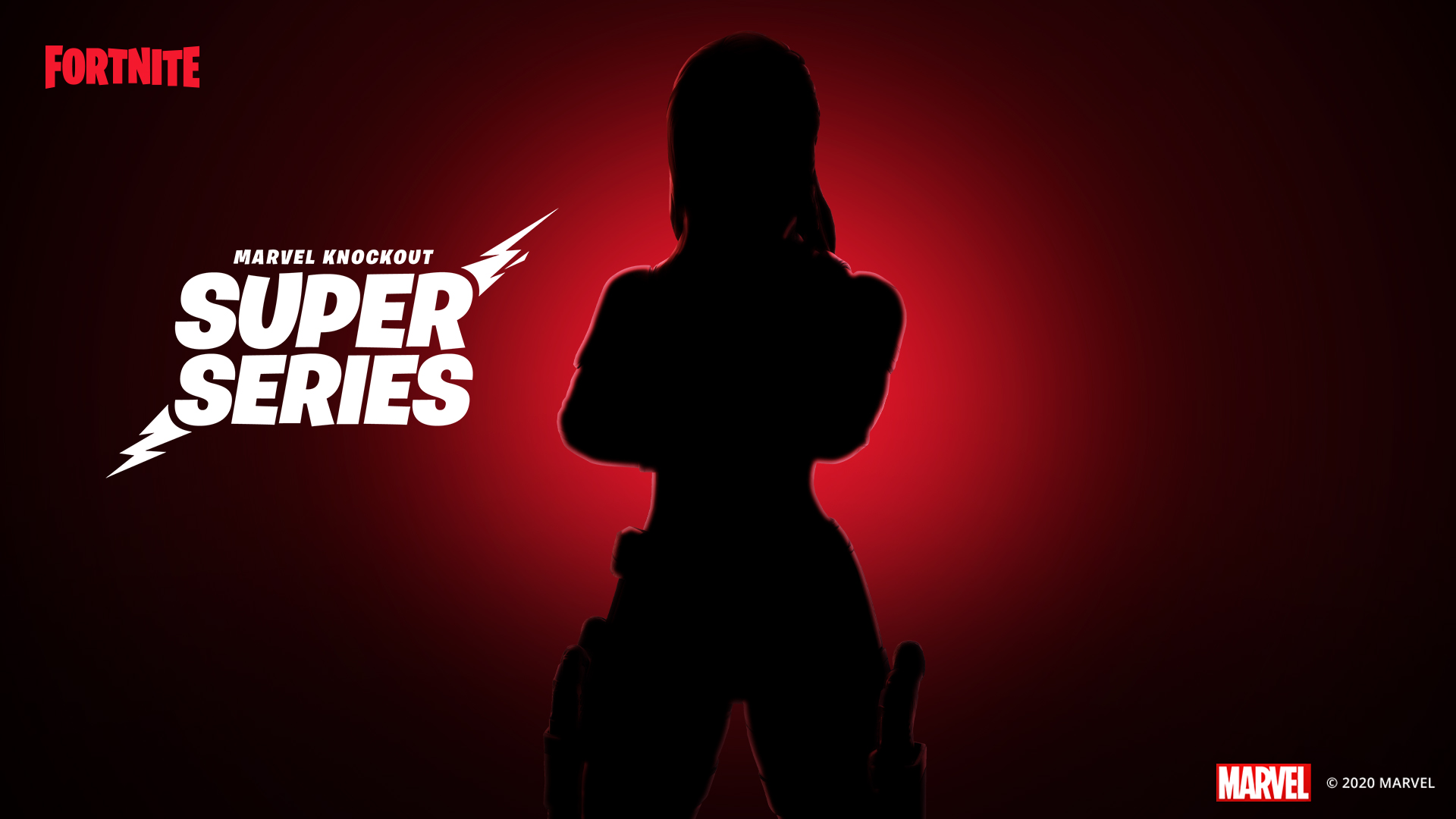 Natasha Romanoff, also known as Black Widow in the Marvel universe, is set to be the next skin in the Marvel Knockout Super Series tournament in Fortnite, Epic Games revealed today.

Fortnite fans got a glimpse at the next Marvel character to receive their own Marvel Knockout Super Series tournament, which grants the winners access to an exclusive skin and other rewards. It looks like Black Widow is back, but with a new suit.

The silhouette of Black Widow can be seen in the latest image, with her signature pistols by her side. But this time, fans can’t enhance the contrast of the image to get an exclusive first look at the skin—a tactic used by savvy fans on Nov. 1 to catch a glimpse of Ghost Rider’s outfit.

Black Widow was introduced in the Fortnite X Avengers Endgame Crossover Event in April 2019 with two different styles. Black Widow is set to arrive once more with a similar skin but with a different snow-themed suit, according to data miner FireMonkey.

The duos tournament for the skin is set to take place on Nov. 11, with Black Widow’s Snow Suit readily available for those who win the event. The Black Widow Snow Suit set also has a bundle version for the item shop, according to FireMonkey.

The Black Widow depicted in Fortnite is based on the Marvel comics and theatrical adaptation. In May 2021, following several delays due to COVID-19, Black Widow is set to hit theaters in the U.S.